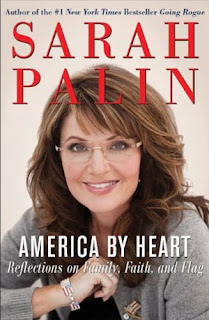 Now that the new Sarah Palin book is available in bookstores for all to enjoy (we'll certainly be curling up with America By Heart over the long weekend), publisher HarperCollins has settled that high-profile copyright lawsuit against Gawker for publishing unauthorized excerpts.

Four days after a judge ordered the gossip website to take down the excerpts until a hearing on Nov 30, the publisher has announced that the matter has been settled. Terms undisclosed, but Gawker, which originally claimed fair use because it posted the excerpts along with some of its trademarked snarky commentary, has agreed to keep the material off the site in the future.

"HarperCollins is gratified that it was able to resolve the dispute in this way," a spokesman tells the NY Times in a prepared statement. "HarperCollins does welcome public commentary on its books so long as any book content is utilized in a manner that is consistent with the law."

Gawker editor Remy Stern's comment to the Times isn't exactly contrite:
“HarperCollins’ decision to file suit against us and seek a temporary restraining order generated a good deal of press for Ms. Palin’s book in advance of its publication," Stern says. "Now that the book is out and destined to appear on the bestseller list, we’re pleased that HarperCollins proposed settling this case as is, thus avoiding lengthy litigation for both sides.”

So Gawker boosts its bad-boy media reputation, Harper Colins enjoys more pre-release buzz for the Palin book (out today!), and we're sure the lawyers ran up some decent bills working on the injunction. Everyone wins!
Posted by Beattie's Book Blog at 6:49 am