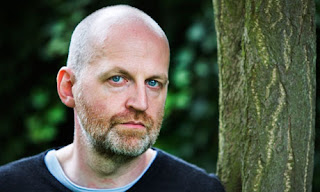 
"A bold sense of the poem as a vital form" distinguishes the work of the 10 unpublished poets shortlisted for the inaugural Picador poetry prize, said Don Paterson, the publisher's poetry editor.

Paterson, who is chair of the judges, and himself a notable poet, said he was "delighted" with the quality and variety of entries, which presented "a snapshot of a poetry in terrifically good health".

The winner of the prize will receive an advance and publication on the Picador list alongside stellar names such as Carol Ann Duffy, Sean O'Brien and Kathleen Jamie. The Guardian's online literary editor, Sarah Crown, and poets Jackie Kay and John Stammers are the other judges.

Several of the contenders have won previous awards for their poetry. Gill Andrews, a lawyer, took the 2008 Frogmore prize; Alan Buckley, a one-time forklift truck driver turned psychotherapist, won this year's Wigtown poetry competition; Beatrice Garland, a consultant psychologist, won the National poetry prize in 2001. Also shortlisted are Helen Mort, poet in residence at the Wordsworth Trust in Grasmere, and Ben Wilkinson, a poetry reviewer and editor of the Poetry Archive. TV scriptwriter Kaddy Benyon, completing an MA in creative writing at Anglia Ruskin University in Cambridge, is another contender.

The remaining candidates are: Dhaka-born performer and erstwhile male model Mir Mahfuz Ali; Edward MacKay, who runs a conflict resolution charity and is working on a long series exploring an imagined mythology of Doggerland, the submerged landmass to the east of Britain; Richard Meier, who has had poems published in The Reader, The Rialto and Smiths Knoll; Andrew Sclater, a former actor, lecturer and gardener, who now builds dry-stone walls in Northumberland.

Picador's publisher Paul Baggaley said Paterson had "consistently brought the brightest young poets" to the list he edits, and that the prize was an exciting way of "bringing them to a wider audience".

The winner will be announced next year.
Posted by Beattie's Book Blog at 6:46 am