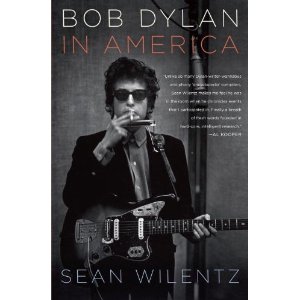 Sean Wilentz is a professor of history at Princeton who has written major works on US presidents and democracy. For over 10 years he has also been moonlighting among the low-life as a music essayist specialising in one topic: Bob Dylan. Through his contributions to Dylan’s own website Wilentz was given the title “historian in residence”, as if both parties were bemused by the eminent scholar’s alternative career.

But for Wilentz, the topic of Dylan is almost as big as America itself. His book is a rarity on a groaning bookshelf labelled Dylanology. It isn’t another biography or a train-spotter’s guide (or any of the other sub-genres, which include mad rants), but a series of essays examining the influence US culture and history have had on Dylan’s work. In a wide-ranging, deeply researched argument, Wilentz explains how Dylan is “deeply attuned” to both.

Bob Dylan in America is a historian’s version of Dylan’s Visions of Sin, in which poetry academic Christopher Ricks stayed close to the primary source – Dylan’s lyrics – with a Bible handy. But whereas readers of Ricks needed a PhD in textual analysis, Wilentz remembers the story in history. He sees long connections, many of them intricately interweaved. Some of his choices are surprising and many readers will happily indulge him.

Like Dylan’s memoir Chronicles Vol 1, the structure is unpredictable. Wilentz chooses moments in Dylan’s career that aren’t immediately obvious: there is no examination of going electric, Highway 61 Revisited, the “Basement Tapes” or Blood on the Tracks. He begins in Greenwich Village, where the young Robert Zimmerman reinvented himself as Bob Dylan, orphan offspring of Woody Guthrie. Wilentz connects Dylan with another artist of the left’s Popular Front movement, composer Aaron Copland: both are musical magpies of the American vernacular. In recent years, Dylan has gone on stage to an excerpt from Copland’s “Hoedown”. The link seems fresh but tenuous, and Wilentz is on safer ground when examining Dylan’s relationship to the Beat writers, especially his long friendship with an awestruck Allen Ginsberg.

Wilentz leaps about like Dr Who, touching down in 1964 on Dylan’s Chaplinesque concert at the New York Philharmonic (which he witnessed aged 13); the recording sessions of Blonde and Blonde, the climax of 1960s-era Dylan (the closest the book gets to rock music journalism); and the chaotic, carnival atmosphere of the Rolling Thunder Revue of 1975, in which Dylan toured with guests from his past such as Joan Baez and Ramblin’ Jack Elliot.

It is when discussing the last 20 years that Wilentz really hits his stride. After Dylan’s desultory 1980s – which he began as a hectoring Christian, and produced albums of little worth – he reinvented himself (again) by going back, way back. He released Good as I Been To You and World Gone Wrong, two albums that covered folk and early American standards that were dismissed at the time by US critics (though I remember them being championed by Sam Hunt and Barry Saunders). As Wilentz explains – with detailed explorations into old murder ballads and singers such as Blind Willie McTell – these albums can now be seen as the key to Dylan’s current creative burst, which first bore fruit on 1997’s Time Out of Mind. He followed up that foreboding masterpiece with “Love & Theft”, an album with a sense of humour and history that swung like Howlin’ Wolf croaking along to a Bob Wills big band.

History – in his subject matter, and his musical arrangements – has been central to Dylan’s work ever since. This latest phase may prove to be as influential as his 1960s prime. The 100 episodes of the Theme Time Radio Hour revealed Dylan as a DJ with musical tastes that were encyclopaedic and eclectic (and one with a gang of producers behind the scenes). This is reflected in his recent albums, Modern Times (his ’60s stage humour was often called Chaplinesque), Together Through Life (in which he revisits Desolation Row as a wise old drunk) and last year’s Christmas in the Heart (another surprise to many – he sounded like Bing Crosby with throat cancer – but not to Wilentz, who connects it with Dylan’s 1940s childhood in the Midwest).

Bob Dylan in America is a dense, rewarding work that leaps about but clarifies the social and historic context of Dylan’s idiosyncratic oeuvre. It is a rare music book that will come off the shelf often, to be consulted in perpetuity, as its insights are too rich to be digested at one sitting. 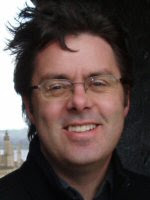 Chris Bourke is a Wellington-based music historian whose book Blue Smoke: the lost dawn of New Zealand popular music 1918-1964 was recently published by AUP. A four-part series based on research and interviews for the book begins this Sunday evening at 7.00pm on RNZ Concert.
Posted by Beattie's Book Blog at 6:00 am