Who will buy Whitcoulls? 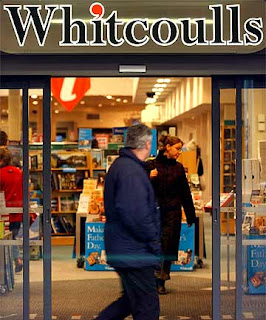 Analysts say REDgroup may struggle to attract local buyers for its struggling bookstores.
Stricken bookseller REDgroup could struggle to find a New Zealand buyer for its brands, says a retail analyst, because Whitcoulls has already been owned by some of the biggest local investment companies over the past 20 years.

''We're not talking about some pristine, young girl fresh from the countryside, [Whitcoulls is] the horse that everyone has ridden. Is there anything else that Ron Brierley, Graeme Hart, Eric Watson and PEP have all owned?,'' said Tim Morris.
Morris said while he would recommend to clients the company was a good buy if debt levels were lower than under its current ownership, it was most likely to be snapped up by another private equity investment company from Australia or Asia.

The bookstore retail sector had grown at a rate less than inflation over the last few years.
Statistics New Zealand figures show the number of book, newspaper and stationery stores has dropped from 1033 in 2000 to 853 in 2010.
Employee numbers in the same sector had also dropped from 6430 to 5510 over the decade.

REDgroup's 1300 New Zealand staff at Whitcoulls, Borders and Bennetts book stores nationwide have been advised to stay on until the picture becomes clearer.
Full story at stuff.co.nz
Posted by Beattie's Book Blog at 6:35 am

who would want to buy Whitcoulls as a bookstore chain? Brierly didn't interfere with its management, but from Hart onwards its succession of awful owners successively and increasingly mortally wounded it.

There's a ready set-up chain of high street premises for someone selling something else though.

Is Tim Morris for real?

"'We're not talking about some pristine, young girl fresh from the countryside, [Whitcoulls is] the horse that everyone has ridden."

Ah the casual sexism of corporate NZ - his articulation of hostile takeovers must be positively masochistic.