A Latitude of Libraries

Arriving at the Rainbow
The futher library adventures of Claire Gummer..... 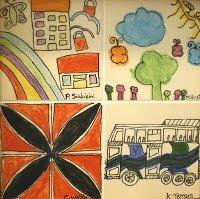 “Manukau City Centre” has long been visible from State Highway 1, with the ginormous pirate ship ride at Rainbow’s End theme park in full swing. But for me, getting there from my home suburb of Avondale was far from plain sailing.

My destination was the two newest libraries on the globe or, more accurately, the newest location of libraries: a week earlier (February 12), the existing Manukau City Centre Library and South Auckland Research Centre had re-opened in a single building just a couple of minutes from their previous premises, which were streets apart from each other.

Read more at A Latitude of Libraries.
Posted by Beattie's Book Blog at 5:53 am