The 2011 Auckland Writers & Readers Festival will hum with tales of human resilience – real life and fictional.

“Stories of struggle, sacrifice, and the instinct to maintain a capacity for compassion and human decency in the face of tragedy and injustice are at the forefront of this year’s programme,” says Artistic Director Jill Rawnsley.

A number of this year’s guest writers are living proof of the adage “truth is stranger than fiction”. Dr Izzeldin Abuelaish’s
I Shall Not Hate is an unforgettable biography, from his birth and childhood in the Jabalia refugee camp in the Gaza Strip, to the tragic loss of his three daughters during an Israeli incursion in January 2009. 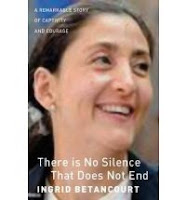 Ingrid Betancourt’s Even Silence Has An End is an extraordinary account of her internal and external struggle while enduring six and a half years’ captivity in the Columbian jungle as a hostage of FARC.

Hana Schofield and Atka Reid, now domiciled in New Zealand, share a heartbreaking and ultimately uplifting story of growing up in Sarajevo in the 1990s, Goodbye Sarajevo.

Fatima Bhutto’s Songs of Blood and Sword takes us behind the scenes of one of the most powerful families in Pakistan. And James Fergusson shares his wealth of experience on the ground in Afghanistan.

“A festival is all about writers bringing their stories to life – and because we’re geographically distant, we have precious few opportunities to gain understanding through direct contact with those who live with conflict. I’m
interested in ‘other’ sides of these stories,” says Rawnsley.

From the world of science, Naomi Oreskes’ Merchants of Doubt is a history of a cadre of influential scientists who have clouded public understanding of scientific facts to advance a political and economic agenda. Ex-Greenpeace
leader Paul Gilding’s The Great Disruption: How the Climate Crisis Will Transform the Global Economy is an action plan to deal with two linked challenges to human ingenuity and survival: climate change and the world economic crisis.
Barbara Strauch, the Medical and Science Editor of The New York Times, gives us hope that middle-aged brains aren’t necessarily hurtling downhill, but are eminently suited to resolving complex issues.


The Festival plans to co-host with The Allan Wilson Centre a major panel on ethics and the environment featuring Oreskes, Gilding, and eminent evolutionary USA biologist Fred Allendorf.

Other guests include World War One expert Professor Jay Winter, Carolyn Burke who’s back (in 2007 she was in Auckland to talk about Lee Miller) with a new biography, No Regrets: The Life of Edith Piaf, and Rives, a spoken word performance poet and multimedia artist who regularly receives standing ovations at TED conferences.

I have to say that while the lineup of non-fiction writers is most impressive the same cannot be said for the fiction writers. Pretty disappointing I reckon.