They said television was the enemy of the book. There were even heavy suggestions quite some time back that reading would have long since become an endangered activity.
The thought that there’d actually be such a thing as a show about books on TV in these days of the sound bite and pre-chewed info-tainment should have been – well, unthinkable.
But, flying in the face of logic and technology, comes a third series of The Good Word, the trend-setting TVNZ 7 show about books and the people who love them. 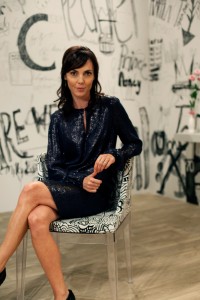 The 15-episode series, presented by star New Zealand novelist Emily Perkins, makes its return in March, NZ Book Month, with a few surprises on board.

The Good Word retains its lively mix of studio and documentary elements – Perkins on the show’s set with an all-star book-review panel and interviewing a notable guest about his or her favourite book, journalist Finlay Macdonald in the field with his Under the Covers series, looking at the stories behind famous New Zealand books.

There’s a new two-minute documentary strand called Write Space, which gets up close and nosey with a variety of Kiwi writers in their private creative places, in a lyrical sort of way.

And, in another bold media cross-over, John Campbell is among the special guests talking about a favourite book – or, in Campbell’s case, books.

All on The Good Word – putting books on the box, despite what the experts said.
Posted by Beattie's Book Blog at 5:53 pm

Whoops. It was all in the post heading. I blame the aftershocks :)

Will be tuning in tomorrow night.

Thanks, Mark! And if anyone misses it, I think the shows are available at TVNZ on demand. We also have online extras this time round... Cheers, Emily.