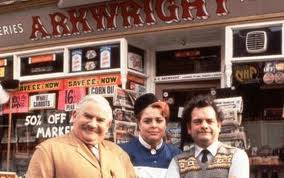 The BBC recently ran a series of programmes which brought home the changes in High Street retail and how retailers have had to adapt to cultural, competitive and economic changes over the ages. It is easy to now see the next big step change taking place today, as Internet shopping grows and increasingly grabs the consumer and the cash. This is a very real challenge to bookshops who find they are facing a similar changing landscape to that which faced the High street baker, butcher and greengrocer when the supermarkets stepped up their game. They always misguidedly believed that it was the tactile nature of the business that guaranteed their survival. Unfortunately that is no longer the case.

They now not only have the Internet, which many have entered too late, or simply failed to realistically grapple with, they have a digital explosion, that to date, they have they thought wasn’t their business and to make matters worse they now find themselves competing with supermarkets who are wanting to cream off the volume traffic. Many small grocery retailers survived the supermarket explosion, but in doing so, had to also step up their game and realise that there was no divine right to retail. .

Some argue that the ones that will suffer most are the chains and it is clear that they are suffering. However it would be very arrogant to presume that the slack will be merely taken up by the independents, it won't. Booksellers need to focus on what it says over the door and sell books, used, new, classics, remainders and not just continue to be hoodwinked into believing that the consumer only wants the latest release.

It’s interesting that the only clear beneficiary from the demise of Borders was Kobo who had effectively used the brand to capture the digital footfall and when Borders stumbled into Chapter 11 still continued their business as usual with the customers Borders had effectively given them. Overdrive have built a strong and expanding library business on the back of the library community’s inability to build their own service. There are a number of aggregated ‘white label’ offers but few co-operative ones and it’s easy to hand over customers and business as an affiliate but its hard to get them back once change happens.

It is always important to own both the brand and the customer and not merely hand them over and the future to others. Many say it is impossible to compete and see doors as closed.However it is these players who will loose long term.

It is not all doom and gloom on the High Street and neither is the super Highway paved in gold. There are many positives and shoots of new opportunities and the only certainty is the tomorrow will be very different from today and learning to adapt to change is the key.

Brave New World
Posted by Beattie's Book Blog at 7:02 am