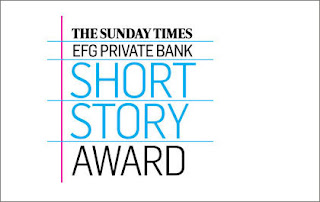 The longlist for the Sunday Times EFG Private Bank Short Story Award 2011 is announced today, Sunday, February 20. Twenty writers – an equal number of men and women - are competing for the largest prize in the world for a single story, £30,000.

• Man Booker Prize winner Hilary Mantel and bestselling authors Susan Hill and Michel Faber are longlisted alongside less well known writers including a 79 year old former bus conductor, an actor and puppeteer, and an artist who grew up in an exclusively deaf community

• The writers range in age from 32 to 79 years, and come from around the world, including Canada, Scotland, China, Ireland and America

The twenty long-listed writers and the titles of their short stories are:

The Sunday Times EFG Private Bank Short Story Award, launched last year, is an annual literary prize which builds on the success of an innovative short-fiction slot in The Sunday Times Magazine introduced by the deputy editor, Cathy Galvin.

The judges are author and broadcaster Melvyn Bragg, journalist and author Daisy Waugh, writer and journalist Will Self, Booker Prize-winning novelist and poet AS Byatt and Andrew Holgate, literary editor of The Sunday Times. The non-voting chair of Judges is Matthew Evans, Chairman of EFG Private Bank and former chairman of Faber & Faber.

“The stories we read this year were both varied and well crafted. We had considerable difficulty in narrowing the list to twenty. Our only criterion was that the story should be excellent in its own terms – but we found we had come up with twenty stories which were very different from each other. We have the fantastic and the precisely real, the shocking and the witty, the distressing and the invigorating. We have stories by famous writers and stories by the unknown. Some are succinct and some are elegiac. All were debated with passion.”

The shortlist will be announced on Sunday, March 13, and the winner is announced at an awards dinner at The Sunday Times Oxford Literary Festival on Friday, April 8. The Award is managed by Booktrust.
Posted by Beattie's Book Blog at 3:38 pm