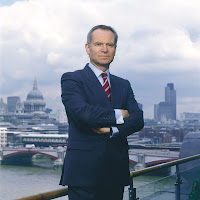 Hank Schouten, stuff.co.nz -  22/02/2011
Disgraced former British politician Jeffrey Archer may be prevented from coming to New Zealand on his world book promotion tour because of his criminal record.

The bestselling author's publisher was adamant that Lord Archer would be allowed to come, but the Immigration Service won't say whether it will let him in.

He is scheduled to visit New Zealand next month to rpomote his new book, Only Time Will Tell, and is being promoted as a keynote speaker at a Cure Kids charity dinner to be held in Wellington on March 16.

The Immigration Act bars the entry of anyone who has been convicted and sentenced to more than 12 months in prison within the previous 10 years. Lord Archer was convicted and sentenced to four years' imprisonment in 2001 on charges of perjury and perverting the course of justice.
A waiver can be granted, but the Immigration Service was unwilling to say whether that would happen.
More at stuff.co.nz
Posted by Beattie's Book Blog at 8:48 am

A previous NZ government banned G Gordon Liddy from a book promotion tour of New Zealand for the same reason - a prior serious conviction and jail sentence.

Let's see if this government approaches this identical case with similar principles, or whether New Zealand's principles have now gone to hell in a cash register.

35 years on and Jeffrey Archer still continues to enthrall one and all through his prolific and intense writing.
From Not a penny more, not a penny less in 1975 to his latest title- Only time will tell, he continues to delight his fans.
One may get to meet the literary icon himself in New Delhi on 12th March, as the stalwart brings out a new jewel from his treasure.
All you have to do is to visit www.uread.com
"Only time will tell" who is fortunate enough to meet JEFFREY ARCHER.
JEFFREY ARCHER