Classic American novel Great Gatsby to be shot in Sydney

The Great Gatsby, F Scott Fitzgerald's classic American novel, will be shot in Sydney instead of New York.
The Telegraph, 20 February, 2011

The Warner Bros-backed film will be produced at Sydney's Fox Studios and will be the first live-action 3D movie shot in Australia.

The film will reunite director Baz Luhrmann with Leonardo DiCaprio for the first time since the 1996 film Romeo and Juliet. 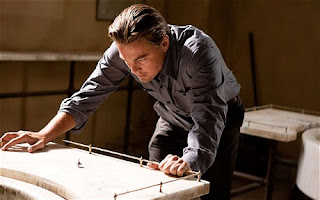 DiCaprio (above) will portray the role of playboy Jay Gatsby, with British actress Carey Mulligan as Daisy Buchanan, and Spider-Man star Tobey Maguire rounding out an all-star cast as Nick Carraway.
Filming is to begin in August and last 17 weeks before 30 weeks of post-production.
It will mean Luhrmann will need to recreate New York and Long Island landmarks such as the Brooklyn Bridge from the 1920s in Sydney.

The Great Gatsby is a tale of doomed love and has been filmed six times, the most famous being the 1974 Francis Ford Coppola-version which starring Robert Redford and Mia Farrow.

Kristina Keneally, New South Wales state premier, said the deal would inject £78 million into the economy.
"Australia was thought to be losing international filmmaking due to the strong Aussie dollar," Mrs Keneally said in the statement. "This is a big win."

With the location confirmed after signing a contract with the NSW government it is expected pre-production will begin as early as March.
Posted by Beattie's Book Blog at 6:54 am