Twelve of the best new novelists - To find the most promising new writers John Mullan and a panel of judges read piles of debut novels.

What did they discover about the state of British literary fiction today?
John Mullan guardian.co.uk, Friday 25 February 2011 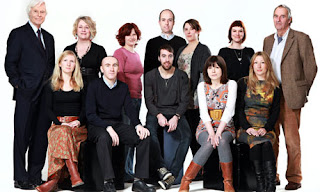 The growth of British literary fiction has been one of the most extraordinary publishing phenomena of recent decades. Not everyone has been pleased. The label "literary fiction" is often used disparagingly, as if "literary" were synonymous with "pretentious" or "plot-free". "The two most depressing words in the English language are 'literary fiction'," declared David Hare recently in this newspaper. Some like to say that there is no such thing: there are only good novels and bad novels. Yet authors and publishers and readers recognise that literary fiction exists and offers its own particular pleasures. Its surprising commercial health has given would-be novelists the confidence to experiment, to trust they can find readers interested in the new shapes fiction can take.

I was recently asked by BBC2's The Culture Show to chair a panel of five judges in an effort to identify promising debut novelists. Publishers submitted their outstanding first novels of the past couple of years, and we had to choose the 12 "best". What we got were examples of what we have come to call "literary fiction". We found our dozen, and in the course of reading 57 novels I got a picture of the state of British literary fiction. Reading all these first-time authors you could see the representative habits and ambitions of the would-be literary novelist, and see, sometimes all too clearly, the influences of established literary fiction. 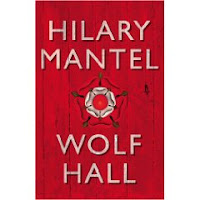 What is literary fiction? It is not genre fiction. Hilary Mantel's Wolf Hall is a historical novel. Kazuo Ishiguro's Never Let Me Go was shortlisted for the Arthur C Clarke Award, the leading British prize for science fiction. Yet you only have to think about these two examples to see how they escape their genres. Mantel's novel revisits the favourite stamping ground of historical fiction – Henry VIII and his wives – in order to rethink what it might be to see events filtered through the consciousness of a person from a distant age.

Ishiguro takes a dystopian hypothesis – human clones being bred for their organs – and then declines to put in place any of the sci-fi framework that would allow us to understand how this could be. Indeed, the whole interest of his story is in the limits placed upon its narrator. These are both "literary" novels because they ask us to attend to the manner of their telling. And, despite their narrative demands, they have both found hundreds of thousands of readers willing to do so.


People have been talking of "literary fiction" (a phrase still unrecognised by the Oxford English Dictionary) since the 1960s, but it was in the early 80s that it became established. There were earlier progenitors, such as John Fowles, whose novels combined dark or misdirected sexual passion with an obstinate bookishness – and showed that you could be self-consciously literary and make money.

Clearly, The French Lieutenant's Woman lies behind some of the more playfully erudite English novels of later decades, notably AS Byatt's Possession. It is no accident that Fowles's publisher was Tom Maschler, who was instrumental in establishing the Booker prize in 1969.
The key date was 1981, when Salman Rushdie's Midnight's Children won the Booker prize. The Booker had already begun to acquire notoriety – the year before had seen a much publicised run-off between William Golding and an entertainingly grumpy Anthony Burgess – but now it seemed to be revealing something new.

Rushdie was an unknown, discovered by the judges, and Midnight's Children seemed like nothing in the English novel before. For the first time the prize ceremony was televised.

The full piece at The Guardian online.
Posted by Beattie's Book Blog at 5:52 am