A quarter of the 20 finalists in the 2011 New Zealand Post Children’s Book Awards have been written or illustrated by newcomers and this is reflected across all four categories – Picture Book, Junior Fiction, Young Adult Fiction and Non-fiction.

“It is exciting to see new talent emerging, but equally pleasing that the ‘old hands’ are also represented,” says convenor of judges, Ruth McIntyre.

There is a distinctively Kiwi flavour to many of the entries, with our flora and fauna, Maori myths, high country life and small-town politics preoccupying the creative endeavours of the finalist writers and illustrators; other works reflect New Zealand history and a wider world of pirates, war and fantasy realms. Survival emerges as another abiding theme among the entrants. The finalists were selected from more than 150 children’s books published in New Zealand in 2010 and submitted for the Awards.

“Three of the finalist books in the Young Adult Fiction category are set in post-apocalyptic worlds. These imagined settings also reflect many thought-provoking current issues, such as climate change, the after-effects of war, fanatical rulers and the power of mass media,” the judges say.

Many of this year’s books submitted were outstanding, making it very difficult to restrict the finalists to just five in some categories, the judges said.
“We are delighted that beautifully produced books are still being published in this dawning of the e-book era and hope they will be treasured for years to come.”

Ruth McIntyre, former journalist and now children’s bookshop co-owner, is joined on the judging panel by writer and former school principal, William Taylor, and secondary school librarian Dee Brooker. Together they will decide which book will take the New Zealand Post Children’s Book of the Year prize and will choose winners from across the four categories: Picture Book, Non-fiction, Junior Fiction and Young Adult Fiction. The winners will be announced on Wednesday 18 May.

A Dog Like That! by Janene Cooper, illustrated by Evie Kemp (Duck Creek Press) 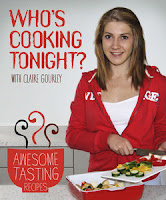 Shadow of the Boyd by Diana Menefy (Harper Collins Publishers)

Guardian of the Dead by Karen Healey (Allen & Unwin)

In selecting finalists, the judges consider points such as creative writing, use of language, impact, integrity, design and production values. Additional criteria for the Picture Book category include harmony between text and illustration. For the Non-fiction category the judges take into account integration of text, graphics, how illustrations were used to engage interest and enhance understanding, plus accuracy of data.
Finalists also compete for the coveted Children’s Choice Award, where children nationwide rather than the Awards’ judges, get to choose their favourite book, selecting from the 20 finalist titles. Voting for the Children’s Choice Award begins today. Long considered one of the highest accolades a children’s author can receive, children of school age from all over New Zealand vote on this Award.
Voting can be placed online at http://www.nzpostbookawards.co.nz/ or by using the special voting card available from bookshops, libraries and schools.
Voting closes at 5.00pm, on Friday 29 April.

All winners will be announced at an Awards Ceremony in Auckland on Wednesday 18 May.

Finalists will be participating in children’s book events around the country as part of a nationwide festival celebrating the New Zealand Post Children’s Book Awards. The festivities begin on Monday 9 May and continue through to Tuesday 17 May.