By Mimi Li.
The Epoch Times 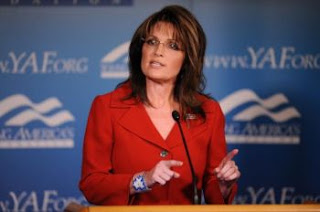 Former Sarah Palin aide Frank Bailey slammed his former boss in a yet-to-be-published book that revealed unflattering details about the ex-Alaska governor after manuscripts of the book were leaked to media in recent days.
The book, which is called "Blind Allegiance to Sarah Palin: A Memoir of our Tumultuous Years," provides an exposé on the inner workings of Palin’s inner circle as well as her political dealings that Bailey has called unethical.

In the manuscript, Bailey says that Palin broke election law during her 2006 gubernatorial campaign by having “softmoney groups such as the Republican Governors Association” pay for TV spots and mailers, according to the Anchorage Daily News.

During filming of an advertisement at an Anchorage hotel, Palin aide Kris Perry “was following the directions of the RGA cameraman and/or whomever he was working for” and thus Palin’s campaign had “broken the law,” Bailey wrote, according to the Daily News.

A spokesperson for Palin told the Daily News that she would likely not respond "to this kind of untruth."

In the 450-page manuscript, Bailey discloses that Palin’s staff actively targeted political opponents through various channels in order to silence or discredit them.
“We set our sights and went after opponents in coordinated attacks, utilizing what we called 'Fox News surrogates,' friendly blogs, ghost-written op eds, media opinion polls (that we often rigged), letters to editors, and carefully edited speeches,” Bailey said, according to NBC affiliate KTUU-TV in Anchorage.
Bailey also reveals that Palin detested her position as governor of Alaska, saying that she hated her job before she resigned the post in July 2009.
A member of Palin’s inner circle beginning in 2005, Bailey eventually assumed the role as her chief of staff until 2009.

Despite the leak, the unpublished book has neither a release date nor publisher, co-author Ken Morris told KTUU.
Posted by Beattie's Book Blog at 8:56 am