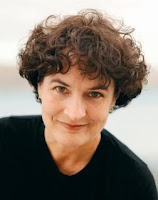 De Goldi’s project will investigate the extraordinary story of New Zealand historian, writer and researcher Susan Price and her efforts to encourage children to read and cherish the great body of 20th century children’s literature in English.
Over three decades Susan Price has gifted many thousands of books to more than 50 children, all books carefully selected according to each child’s age and developing interests. To one child in particular she has sent, between birth and 16 years, more than 6,000 books, effectively contstructing a personal library of great children’s literature. This library and the relationships around it will be the subject of De Goldi’s research.
De Goldi sees the book as both a portrait of a little known but significant New Zealand bibliophile, and the story of the magnificent – and monumental – project she has devoted herself to over the last 16 years.

“It will be a fascinating window, too, on one child’s growth through books – and as such, a launching-point for a wide-ranging commentary on children’s literature...” she said.

Creative New Zealand Chief Executive Stephen Wainwright said he was pleased the Fellowship would support such an innovative and intelligent New Zealand story-teller.
“This significant award will allow Kate De Goldi the time to work on a book that will be an important addition to New Zealand’s history of reading.  Kate’s exploration of the complexities of children’s literature will also be of interest to a wide national and international audience.”

Christchurch-born De Goldi has won numerous awards and accolades for her fiction, including the American Express and Katherine Mansfield Awards for short stories, and the Senior Fiction Award in 1997 for her young adult novel Sanctuary.

Her most recent novel, The 10PM Question (2008), won Book of the Year and Best Young Adult fiction at the 2009 New Zealand Post Children and Young Adults' Book Awards. It was also runner-up in the Fiction category at the Montana NZ Book Awards 2009, at which it won the Readers' Choice Award.  The novel has been in the top five of the NZ Bestsellers List since it was published in October 2008.

Well- known as an astute and energetic book reviewer for radio and television, she also teaches creative writing in schools throughout the country.  De Goldi will be the eighth recipient of the Michael King fellowship since its inauguration in 2003. It was renamed in recognition of the late Michael King for his contribution to literature and his role in advocating for a major fellowship for New Zealand writers.