Do children’s publishers deserve to wear green hats—or black ones? After all, it’s tricky to make good-looking four-color picture books from recycled paper, or affordable ones from virgin paper that is certified as eco-friendly. The cost issue sends publishers to Asia, where paper and materials are cheaper. The problem: printers there may use fiber from Indonesian rainforests. 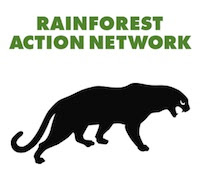 In a recent report, the Rainforest Action Network said most of the top 10 children’s publishers have released at least one picture book containing paper fiber linked to the destruction of Indonesian rainforests. Of the 18 children’s books in RAN’s test, all 18 included materials from existing tropical forests or from plantations run on razed rainforest land. “Our end game for our campaign is to get overseas printers to eliminate Indonesian suppliers and Indonesia fiber from the papers they buy for their printing,” said Lafcadio Cortesi, forest campaign director for RAN. “We’re asking publishers to specify in their contracts with their printers that they cannot use paper from endangered forest fiber.” About half of all glossy four-color children’s books are printed overseas, Cortesi said.

For their part, children’s book publishers say they are making great strides to be green. This coming winter, the Book Industry Environmental Council plans to introduce a book jacket eco-label (similar to the Good Housekeeping seal of approval). Books will only carry the “certified green publisher” seal if they contain no endangered forest fiber. Similar to the LEED green building certification program, the new system would contain three tiers, which would depend on 22 different environmental metrics, including ink, distribution, and return rate.

Some environmentalists and publishers think RAN focuses too narrowly (and too negatively) on rainforest fibers rather than considering other social and environmental factors. “Responsibility is the measure,” said Joshua Martin, director of the Environmental Paper Network, which represents more than 100 groups working together to accelerate social end environmental change in the pulp and paper industry.

Still, he agrees with RAN’s basic message that publishers should not use rainforest materials. “I don’t think anyone should be using controversial fiber from controversial sources because there are so many alternatives out there,” he said. For example, it’s possible to make paper from agricultural residues, such as sugar cane.
Full piece at PW.
Posted by Beattie's Book Blog at 10:01 am