To celebrate, we are excited to announce the release of Relief as our first e-book, along with praised new author Pip Adam's short stories, Everything We Hoped For.

We are also thrilled to congratulate Bernadette Hall and Brian Turner, poetry finalists, who will have e-versions of their books released with further VUP titles in the near future. All our e-books are available via our on-line catalogue at http://www.victoria.ac.nz/vup/ in conjunction with mebooks.co.nz.

Relief introduces an astonishingly mature and confident new voice in  New Zealand fiction. Emily Perkins says: These are wonderful stories, exquisitely observed and recorded with delicacy and wit.
The stories effortlessly mix the menacing and the comic, and handle real-life situations with warmth and subtlety. A little girl out of her depth in her friendship with an adult neighbour; an armed intruder thwarted by a bee; a woman determined to believe in her brother's goodness under the shadow of accusation; a Christmas dinner guest who will eat only peas... 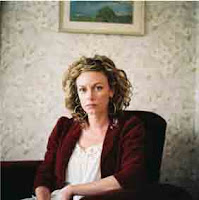 Taylor has produced a superb debut collection, is unafraid to turn calamities into blessings, and writes with the elegance and composure of a silversmith. I can't wait to read what she does next.       - Paula Green NZ HERALD
Posted by Beattie's Book Blog at 9:00 am