Following the announcement last week of Geoff Walker's forthcoming departure from Penguin Books NZ several have asked me to comment on the first New Zealand publishing the company undertook.

Back in 1979 when I was Managing Director of Penguin Books New Zealand I received a phone call one Sunday afternoon from Peter Mayer who had recently been recruited from the NY publishing scene, where he was a real hotshot publisher, to head up the world-wide Penguin Books organisation based in London, to rescue the group really from the risk of moribundity.

He introduced himself and then asked me how many books we were publishing this year and I said "None Peter, we are a book distribution company distributing Penguin titles from around the world to NZ booksellers.We don't do any local publishing".
His response? "Oh yes you do Graham, all my companies are publishing companies, I want you to publish four titles in the first year and then build from there, use the Penguin name to attract authors".
But I stammered "I don't know about publishing, my skills and experience are in sales and marketing ".
"Don't worry" Mayer said, " you learn to publish by publishing, add Publisher to your MD title, get yourself an editor and start publishing".
Later I realised that when he phoned me it was three am in London. I soon learned the man was an insomniac, and by the way a genius too. I often got calls from him when it was in the early hours of the morning in London. Only once did he phone me in the middle of the night NZ time but that is another story.

On the  morning following the Sunday phone call I wandered along the corridor to Penguin's sister company Longman Paul, (with whom we shared offices in those days, this company is now Pearson Education), to discuss the situation with their MD/Publisher Rosemary Stagg. She came up with the brilliant idea of making her senior editor John Barnett available to me on a one day a week basis, John proved to be very keen and so shortly he and I were discussing publishing ideas. That is how we started.
Before too long, with Rosemary's blessing, I employed John fulltime and he was replaced at Longman Paul by Ken Harrop. 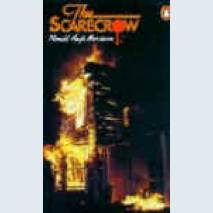 In those early years I recall we  published the Ronald Hugh Morrieson titles - The Scarecrow and Predicament - The Penguin Book of NZ Verse,(this anthology caused a stir in academic circles I recall because of our choice of editors, Ian Wedde and Harvey McQueen), Beyond Reasonable Doubt by David Yallop, The Kuia and the Spider by Patricia Grace and Robyn Kahukiwa, along with Penguin editions of several Patricia Grace and Albert Wendt titles and The Stories of Frank Sargeson, (I think we did three Sargeson collections in all), all of which had previously been published by Longman Paul. Also Symmes Hole and Survival Arts by Ian Wedde, Collected Poems by Sam Hunt, also Sam Hunt's Approaches to Paremata, Denis Glover's selected poems, Patrick Evans's book on NZ literature, SuperShopper by Sue Miles, Keith Sinclair's A History of New Zealand. And a host of other titles too.
They were pioneering and exciting days. And we learned as we went along.

When John Barnett was very sadly forced to retire on health grounds in 1985 I advertised the position and from almost 40 applicants appointed Geoff Walker to the position. So Geoff started with an already successful list and a most useful clutch of authors.To which I hasten to add he has added impressively and with great success. I worked with him for a couple of years before heading off to Ashton Scholastic (now Scholastic NZ) as MD/Publisher to start their New Zealand trade publishing programme.
Tony Harkins took over from me at Penguin, initially as general Manager and then later as Managing Director.
Posted by Beattie's Book Blog at 3:12 pm