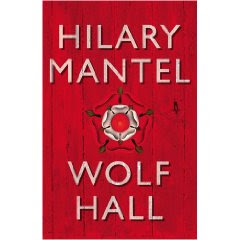 The book, set in the 16th century, previously won the £50,000 2009 Man Booker Prize and was shortlisted for the Orange prize.
Judges praised Wolf Hall as "compulsively readable" at a ceremony at Sir Walter Scott's home in Abbotsford, Scottish Borders.
Ms Mantel said she was "astonished and delighted and gratified".

The prize, for novels set at least 60 years in the past, was awarded during the Brewin Dolphin Borders Book Festival.

Wolf Hall, about Henry VIII's adviser Thomas Cromwell, had been selected from a shortlist of seven, by authors including Robert Harris, Adam Foulds and Simon Mawer.
Posted by Beattie's Book Blog at 8:48 pm