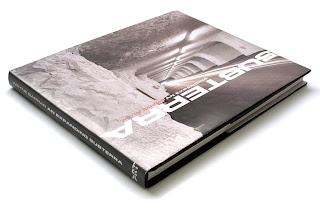 Following close on the heels of the beautiful Hauaga published last week by Otago University Press comes another special art book from Dunedin, this time  it is An Expanding Subterra published by the Dunedin Public Art Gallery.

Elizabeth Caldwell is the Director of the Gallery and here is her foreword:

Wayne Barrar is one of New Zealand’s most significant contemporary photographers to have documented the impact of human activity on this country’s landscape. Barrar’s artistic career spans over 30 years of intensive practice. An Expanding Subterra is a landmark publication, focusing as it does on the underground, which has become a specific area of investigation for the artist.

Since 2002 Barrar has expanded his geographical horizon, working on a long-term photography project centred on the visualisation of underground mining spaces both here and abroad. His particular interest has been in locations where post-mining habitation has occurred, specifically in Australia, America, France and New Zealand.

This book, and the associated touring exhibition, initiated and first shown at the Dunedin Public Art Gallery in 2010, celebrates Barrar’s remarkable ability to see both the unique peculiarities of each site and the conceptual strands which link these undergrounds at a deeper physical and psychological level.

It has been a privilege to work with Wayne Barrar on this project and to see its realization in this stunning publication.  I would also like to acknowledge the insights offered by the essay contributors, Professor David L Pike lecturer in literature and film at American University in Washington, and Dunedin Public Art Gallery curator Aaron Kreisler.  My thanks also goes to all the Gallery staff who have worked on this project and the organizations who have generously supported it, namely Creative New Zealand and Massey University College of Creative Arts, Wellington, New Zealand.

Barrar’s photography has been widely exhibited in New Zealand since 1984, and has been included in significant exhibitions in the United States, Canada, Singapore, Hong Kong and Norway. Several of his early projects were curated and toured by the Sarjeant Gallery, Whanganui, including Landscape of Change (1987), Saltworks: The Processed Landscape (1989), An Immortal Double (1997) and Accumulating Histories (2003). The Nevada Museum of Art curated a one-person exhibition of his work in 2001 and included him in their internationally toured exhibition The Altered Landscape. More recently his work has been represented in the exhibition Picturing Eden, which was organised by the George Eastman House International Museum of Photography and Film and toured throughout the United States (2006–2009); The Machine Room, Milford Galleries, Auckland (2006); Manapouri: Art, Power, Protest, National Library Gallery, Wellington (2007); Land Wars, Te Tuhi Centre for the Arts, Auckland (2008); Toi Te Papa, Art of the Nation, Te Papa, Museum of New Zealand, Wellington (2008); A Serious Kind of Beauty: The Heroic Landscape, McNamara Gallery, Whanganui (2009); Recent: Work by Ten New Zealand Photographers, Tauranga Art Gallery (2009); and AC/DC: The Art of Power, Gus Fisher Gallery, Auckland (2009). He has also presented papers relating to his work at a number of conferences in Australia and the United Kingdom.

He has been awarded several international artist residencies in Iceland and the United States and received Creative New Zealand Arts Council grants in 1991 and 2002. His work is held in most major New Zealand public gallery collections, and a survey book of his work, Shifting Nature, was published by University of Otago Press in 2001.

This is a superbly published book filled with totally fascinating photographs a couple of which I am able to reproduce here.They do not of course do justice to the quality of the photgraphs in the book but they will serve to give you some idea of the content. 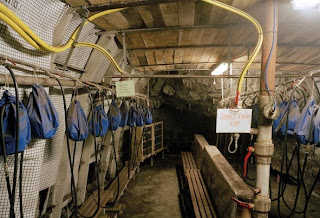 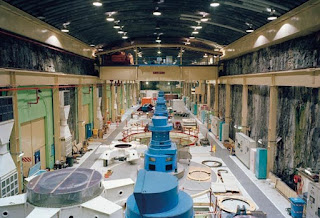