Nigel Slater, Hugh Fearnley-Whittingstall and Tom Parker Bowles were among the winners at the Guild of Food Writers awards, announced at the Design Museum on 17th June. 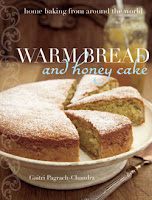 Pavilion author Gaitri Pagrach-Chandra took home the Cookery Book of the Year Award for Warm Bread and Honey Cake, while the Food Book of the Year went to Juliet Harbutt for her World Cheese Book (Dorling Kindersley).

The Derek Cooper Award for Campaigning and Investigative Food Writing for Broadcasting was awarded to George Miller and Katharine Reeve for The Rough Guide to Food.

Michael Booth’s Sushi and Beyond: What the Japanese Know About Cooking (Jonathan Cape) took home the Kath Whiteman Award for Work on Food and Travel, while Tom Parker Bowles won the Michael Smith Award for Work on British Food for Full English: A Journey Through the British and Their Food (Ebury Press).

River Cottage presenter, chef and author Hugh Fearnley-Whittingstall won the Evelyn Rose Award for Cookery Journalist of the Year for his work in the Guardian’s Weekend magazine.

Food Journalist of the Year Award went to Times and Observer Food Monthly writer Alex Renton. Restaurant reviewer of the Year was Tracey MacLeod of the Independent and the Lifetime Achievement award went to artist, author, journalist and broadcaster Colin Spencer.
Posted by Beattie's Book Blog at 5:09 am