The cult author discusses his new anthology, the art of the short story, the future of the author, what went wrong in the 1980s, and why life is always going to be stranger than fiction 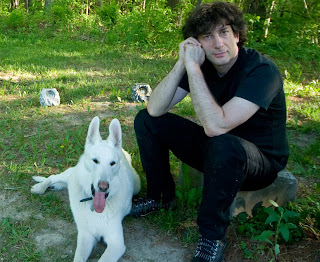 Neil Gaiman, born in England in 1960 and now resident in America, is one of the world’s best known science fiction and fantasy writers. The author of numerous short stories, graphic novels, films and novels, including The Sandman series, American Gods, Stardust, Coraline, Anansi Boys and The Graveyard Book, he’s also a pioneer of literary blogging and boasts over 1.4m Twitter followers. 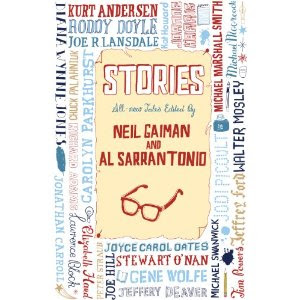 To mark the publication on 15th June of the anthology Stories (Headline Review, £18.99), a collection of stories selected jointly by Gaiman and Al Sarrantonio, Tom Chatfield met with him in London in May. They discussed the art of the short story, the future of the author, what went wrong in the 1980s—and why there’s never been a better time than today to be a writer.

Tom Chatfield:
In your introduction to Stories, you argue that above and beyond “good writing,” a short story has an obligation to make people care—to ask the question “what comes next?” Why did you feel this was so important?
Neil Gaiman:
For me, that was the starting point of the whole idea of the anthology. I had written stories for anthologies that Al Sarrantonio had edited: he had done a pretty much definitive horror anthology, a fantasy anthology, and so on. We had breakfast in New York just to catch up, and I was talking about what interested me most, which was the idea of what happens if you take away all the genre rules for stories—what constitutes “mainstream writing,” “best-sellers,” etc—and just tell people to go and write. We were saying, well, that would be an amazing anthology but no publisher is ever going to buy a collection of stories called just “stories.” Then we went out and discovered that actually they would, if we said it with enough confidence.

TC:
And why was this such a strong impulse for you?
NG:
I had started to feel that somewhere in the second half of the 20th century, the idea of page-turning as a good thing had been lost. You were getting books that were the equivalent of absolutely beautifully prepared dishes of food that didn’t taste like anything much. Back when I was a reviewer, in the 1980s, I’d get books where, sentence by sentence, everything was beautiful. I just never cared.

The full interview at Prospect magazine.