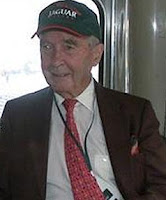 The Dick Francis brand is set to continue in the hands of his son Felix Francis, who co-authored the thriller writer’s most recent novels.

Catherine Duncan of Colman Getty, speaking for both Penguin and the Francis estate, said the forthcoming novel Crossfire (Michael Joseph, September), which the duo had been working on together when Francis died in February, would mark the end of one era and the beginning of another.

"Dick Francis the thriller writer will live on through Felix and in the novels they planned together. It is something that Dick both wanted and encouraged," she said. How future branding of the novels will be handled is yet to be decided but will be discussed with Felix Francis "when the time comes", Duncan added.

The first book to appear in the formal father-son writing partnership was Dead Heat in 2007, followed by Silks (2008) and Even Money (2009). However, Duncan said Felix Francis had helped with both the research and writing of many of his father’s books “over the past 40 years”. Dick Francis’ wife Mary, who died in 2000, is also known to have worked closely with her husband on the novels.

At the memorial service for the thriller writer held at St Martin-in-the-Fields church in Trafalgar Square on Monday (21st June), Felix Francis described his parents’ creative teamwork as "one of the great literary partnerships," saying: "Dick Francis has been not an individual but a brand, and the brand will live on after him.
Posted by Beattie's Book Blog at 1:33 am