The Poetry Book Society is delighted to announce the judges for the 2010 T S Eliot Prize for Poetry. Anne Stevenson will be Chair of the judges and the other two members of the panel will be Bernardine Evaristo and Michael Symmons Roberts. 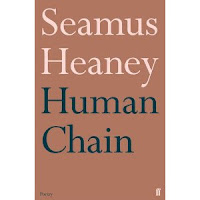 The judges will meet in late October to decide on the ten-book shortlist. The four Poetry Book Society Choices from 2010 are automatically shortlisted for the Prize. The Spring 2010 Choice was White Egrets by Derek Walcott (Faber) and the Summer 2010 Choice was Seeing Stars by Simon Armitage (Faber). They will be joined on the shortlist by the PBS Autumn Choice, Human Chain by Seamus Heaney (Faber), and the Winter Choice, which will be announced in August.

The T S Eliot Shortlist Readings will take place on Sunday 23 January 2011 in the Royal Festival Hall. The 2009 Readings were a great success, attracting one of the biggest audiences for a single poetry event of recent times and selling out the Queen Elizabeth Hall.

The winner of the 2010 Prize will be announced at the award ceremony on Monday 24 January 2011, when Mrs Valerie Eliot will present the winner with a cheque for £15,000. The shortlisted poets will each receive £1,000. The T S Eliot Prize Shadowing Scheme, run by the Poetry Book Society in partnership with the English and Media Centre's emagazine, will offer A level students a chance to engage with the latest new poetry by shadowing the judges.

Last year's winner was Philip Gross, for his collection The Water Table (Bloodaxe).

The T S Eliot Prize was inaugurated in 1993 to celebrate the Poetry Book Society's 40th birthday, and to honour its founding poet. Now in its eighteenth year, the T S Eliot Prize is the 'world's top poetry award' (Louise Jury, The Irish Independent).
The Prize is awarded annually to the writer of the best new poetry collection published in the UK or Ireland. It is unique as it is always judged by a panel of established poets and it has been described by Sir Andrew Motion as 'the Prize most poets want to win'.
Posted by Beattie's Book Blog at 7:05 am