A Wellington writer’s first novel will go head-to-head with works by two of our most acclaimed authors as finalists in the country’s most prestigious literary honours, the inaugural New Zealand Post Book Awards.
Alison Wong’s As the Earth Turns Silver was selected by a judging panel of five for the Fiction category shortlist, along with award-winning author Fiona Farrell, for her novel Limestone, and award-winning short-story writer Owen Marshall for his collection, Living as a Moon.

Stephen Stratford, convenor of judges for the New Zealand Post Book Awards, said selecting just three Fiction finalists from such a strong field was cause for much debate among the judging panel.
‘It was always going to be a challenge, but we agree that each of these three finalist books is convincing, compelling, superbly crafted and contributes distinctively to New Zealand’s literature’, he said.

Fiction is one of the four finalist categories announced today - reduced from a previous eight - in the new, streamlined Awards structure. The other three categories are Poetry, General Non-fiction and Illustrated Non-fiction.
With just 16 finalists competing in these Awards– down from 26 in previous years - readers can be sure they are getting the cream of New Zealand publishing’s crop.

Stratford, who brings vast experience to the panel as judge for the last Goodman Fielder Wattie Book Awards in 1983, convenor of the first Montana Book Awards in 1984 and judge for the Montana New Zealand Book Awards in 1999, says reducing the number of categories and finalists means the standard of those selected are exceptionally high.
Joining Stratford on the Awards’ judging panel are poet, short-story writer and novelist, Elizabeth Smither; writer, educationalist and broadcaster Charmaine Pountney; writer, historian and broadcaster Paul Diamond; and nature writer and photographer Neville Peat.
The panel agreed that the standout category this year was Illustrated Non-fiction.
‘ The standard was very high: each finalist is not only a beautiful object but is also a showcase of the book designer’s art, with typography that enhances the text, page layouts that let the images have maximum impact, and superlative reproduction values.’ 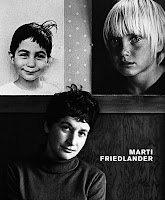 Wellington writer, Anna Taylor who graduated with an MA in Creative Writing from Victoria University in 2006, wins the 2010 NZSA Hubert Church Best First Book Award for Fiction for her book Relief (Victoria University Press).
Stratford summarised Taylor’s work as a powerful collection that has at least one memorable image or sentence on every page. ‘No pressure, but we expect a glittering career.’ 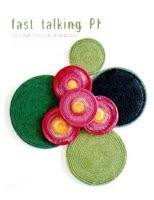 The 2010 NZSA Jessie Mackay Best First Book Award for Poetry goes to Selina Tusitala Marsh for her collection Fast Talking PI (Auckland University Press). Dr Marsh is a poet and scholar of Samoan, Tuvaluan, Scottish and French descent who lives with her family on Waiheke Island.
‘The judging panel found Marsh’s collection exhilarating,’ says Stratford.
‘The poems are sensuous but strong, using lush imagery and clear rhythms and repetitions to power them forward.’

Pip Desmond, a Wellington freelance writer and former member of the Aroha Trust, a work cooperative for gang women in Wellington, wins the 2010 NZSA E.H. McCormick Best First Book Award for Non-Fiction for Trust: A True Story of Women & Gangs (Random House NZ).
The judging panel stated that Trust was an extraordinary work from someone with unparalleled and probably unrepeatable access to women in gangs.
‘A potent combination of oral history and memoir, it packs a powerful punch.’


Footnote:
The Bookman has put an illustration of the book he regards as the likely winner alongside each of the four categories. I have to say though that the Illustrated non-fiction category is a wide open field and I will not be surprised by whichever shortlisted title wins that one. But if I was a betting man and the TAB ran a book on these awards I'd put $100 on As the Earth Turns Silver to win the fiction category. For me it was not only the best NZ novel in 2009 it was also one of the best I read from any quarter.
Posted by Beattie's Book Blog at 5:10 am