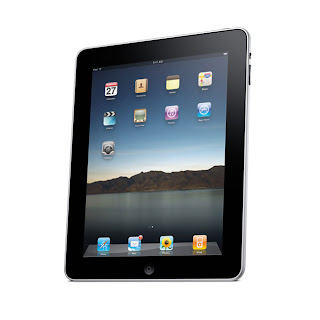 In addition, Borders joined the eReader battles today, offering a $20 gift certificate with a purchase of a $149 Kobo Reader.

Apple CEO Steve Jobs had this statement: "People are loving iPad as it becomes a part of their daily lives," said Steve Jobs, Apple's CEO. "We're working hard to get this magical product into the hands of even more people around the world, including those in nine more countries next month."

If you want to get your writing on the iPad, check out our interview feature: How to Build a Literary iPad App. For the iPhone users in the audience, Apple unveiled the iOS 4 software update--which will allow iPhone readers to access the iBookstore.
Posted by Beattie's Book Blog at 8:51 am