With “The Thousand Autumns of Jacob de Zoet,” David Mitchell has traded in the experimental, puzzlelike pyrotechnics of “Ghostwritten” and “Number9Dream” for a fairly straight-ahead story line and a historical setting. 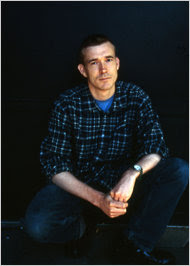 He’s meticulously reconstructed the lost world of Edo-era Japan, and in doing so he’s created his most conventional but most emotionally engaging novel yet: it’s as if an acrobatic but show-offy performance artist, adept at mimicry, ventriloquism and cerebral literary gymnastics, had decided to do an old-fashioned play and, in the process, proved his chops as an actor.

As the novel opens, it’s 1799, and the Land of the Rising Sun is closed to the West, save for one trading post on the island of Dejima near Nagasaki that is run by the Dutch. Young Jacob de Zoet has arrived there to make his fortune and to win the hand of his beloved, Anna, back home in Rotterdam: her father has promised they can wed after Jacob has served a five-year posting in the Far East as a clerk.

Jacob also finds himself magnetically drawn to Orito Aibagawa, a young Japanese midwife with a scarred face, who is studying medicine on Dejima, under the tutelage of a Dutch doctor, Marinus. Orito has earned this unheard-of privilege for a woman by successfully delivering the seemingly stillborn son of Shiroyama, a powerful magistrate. Though Jacob soon becomes obsessed with Orito, his love for her is forbidden — as a Westerner, he is persona non grata in Japan, and Orito is prohibited from ever leaving her homeland. What’s more, Jacob has an equally unlucky competitor for Orito’s affections: a translator named Uzaemon, whose wish to marry her has been denied by his father, who is concerned about her family’s many debts.

Full review at NYT.
Posted by Beattie's Book Blog at 8:38 am