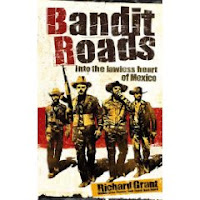 dit Roads: Into The Lawless Heart Of Mexico
by Richard Grant
(Little, Brown $39.99)

British journalist Richard Grant must be mad. For some reason - he says he is prone to boredom - he thought it would be a good idea to travel around the Sierra Madre region of Mexico, one of the most violent, drug-ridden, lawless places in the world. A white gringo like Grant would not pass unnoticed either, a sure target for AK-47-toting alpha males who enjoy killing "to please the trigger finger". And so, Grant's predicament in the opening prologue - where he's being literally hunted by a group of men - is hardly surprising but it's a gripping way to open a travelogue quite unlike anything else you're likely to read for a while. Surely no one else would want to put themselves through such hell in order to write a book. For his considerable pains, Grant won the Thomas Cook Travel Book Award. Also recommended: God's Middle Finger, another hair-raiser by Grant, published in 2008.

New Zealand writer Garth Cartwright follows his enchanting Princes Among Men, about the Roma Gypsies of the Balkans, with this no-budget journey around America in search of the stories behind its heartland music: jazz, blues, soul, country, folk. He starts out in San Francisco, attending a service at St John's where they worship John Coltrane, then heads to the Burning Man festival in Nevada, an exhausting blend of techno, burn-outs, dust and drugs.
Also in his orbit: Las Vegas, Tucson, Hollywood, dangerous areas like east Los Angeles and Watts, in south-central LA, and on to Texas, Mississippi, Nashville and Chicago. Cartwright lived according to his means, travelling on Greyhound buses, and staying in grotty motels. But he engaged with the people he met on an honest level, and he learnt a lot. His research, recorded in the lengthy bibliography, reinforces the depth of this interesting, colourful book written in an almost musical style. It would probably not find favour with US tourism authorities - Cartwright saw a lot of urban decay, hideous stripmall culture and economic despair.

Anthropologist Andrew Beatty, who teaches at Brunel University in London, lived in a village in East Java for more than two years with his family. Although Java is part of the largest Muslim nation in the world, he discovered a way of life which embraced diversity - ancient traditions of mysticism, sorcery, shadow play, belief in spirits. He also witnessed the rumblings of change as the influence of modern Islam spread. Young women were choosing to wear the veil - in a society where doors are always open - and young men denounced the old rituals, even talking of jihad. There was a wave of witch-killings, the mood of violence became random, and Beatty and his family started to feel unsafe.
"Day was sunshine, clarity, openness, moderation, reason," Beatty writes. "Night was rumour, noises off, waiting." A beautifully written study of a vanishing community, filled with shivers and shadows.

Married To A Bedouin 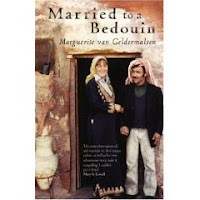 Marguerite van Geldermalsen is a New Zealander who made a most unusual marriage in 1978 to Mohammad Abdallah, a Bedouin living in Petra. Her transition into Bedouin society couldn't have been more dramatic compared with her former New Zealand lifestyle: he was Muslim, they lived in a cave, she was separated from "normal" society for 40 days after childbirth, and so on. In the late 70s, Petra was still relatively untainted by tourism but since then many travellers passing through have met van Geldermalsen - including the Queen - and been fascinated by her story.
Abdallah died of diabetes-related illness in February 2002 and van Geldermalsen now divides her time between Sydney and Petra, where she and her son sell jewellery ... and copies of this book, which has now been optioned for film. Thirty years of living with a Bedouin adds up to some amazing stories about the true meaning of "civilisation".

An eco-tourism guide in which freelance journos Richard Hammond and Jeremy Smith set out to help travellers minimise their environmental impact "by choosing carefully how you travel and the nature of the place you choose to stay at". That's stating the obvious. They also caution against "unscrupulous businesess jumping on the eco bandwagon" and hope this book will help you avoid such predators.
The format is geographical, starting with a section on Great Britain and Ireland, including a day at the Eden Project in Cornwall, cycling the Kingfisher Trail in Ireland and some surprising green activities in London. The chapter on Western Europe recommends cycling in Germany and Paris (there's a lot of cycling in this book), a "Slow Foot, Slow Food" walking holiday in Italy, followed by a pleasant chapter on the delights of the Mediterranean isles. Then we come to Scandinavia - rafting, skiing, dog-sledding, whale-watching, and Eastern Europe and the Aegean - bog-walking, an eco ranch in Poland, a stay at the "home of a count" in Transylvania.
There's also a section on Northern Africa and the Middle East, although that latter region seems limited to a trip to sewage works in Jordan to watch birds while holding your nose, an ecotour of Iran and a trip to Petra; Southern Africa; the Americas and the Caribbean; Central and East Asia; Southeast Asia; the Indian Subcontinent; and finally a very short chapter on Australia, New Zealand and the South Pacific.
In New Zealand the authors recommend surfing at Raglan, spotting kiwis at the Karori Wildlife Sanctuary, skiing the Craigieburn Valley and five treks. The book is a useful starting point if eco-tourism concerns you but by covering so much territory, it has a slightly superficial feel.

Thanks to Linda Herrick and the NZH for permission to post these reviews to Beatties Book Blog.
Posted by Beattie's Book Blog at 6:58 am