Read 'em and weep: The literary masters of misery who delight in desolation
Tomorrow is officially the most dispiriting day of the year, but don't even think about fighting it, says James Kidd: it's far more rewarding to embrace the gloom in the company of a masterpiece of misery

Misery loves company: McCarthy continues the tradition of such gloom-mongers as Annie Proulx and Samuel Beckett

April may be the cruellest month, but January is surely the bleakest: holidays over, weather miserable and those New Year resolutions already wavering. No wonder 25 January has been judged "Blue Monday" – the most depressing day of the year. 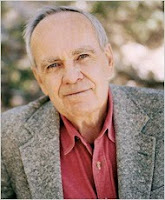 On the brighter side, though, there has never been a more appropriate moment to explore the darkest corners of your bookshelves and wallow in some truly miserable literature to enhance those winter blues. Nor is there a better starting point than Cormac McCarthy's The Road. Not even John Hillcoat's recently released film adaptation can prepare you for the slow freezer-burn of McCarthy's original.
In a shade over 300 pages, he conjures environmental desolation and physical deprivation and human degradation, not to mention the most poignant father-son relationship committed to paper. It is all narrated in the most spare and beautiful prose imaginable, which resounds with echoes of Milton, Beckett, Yeats and the Bible, yet is also entirely McCarthy's own: "Nights dark beyond darkness and the days more gray each one than what had gone before. Like the onset of some cold glaucoma dimming away the world."

First published in 2006, The Road has taken only three years to become a bona fide contender for the title of Saddest Novel Ever Written. It is already a fixture on the lists of misery fiction that litter book pages and the internet, vying with classic tear-jerkers and nerve-shredders such as Anna Karenina, Of Mice and Men, A Tale of Two Cities, All Quiet on the Western Front and just about any sentence by Samuel Beckett: "Ah if only this voice could stop, this meaningless voice which prevents you from being nothing, just barely prevents you from being nothing and nowhere..."
Read the full report at The Independent.

Posted by Beattie's Book Blog at 6:34 am