Now in its eighth year, this unique Prize aims to discover love stories of the highest literary quality that engage the heart as well as the head. The prize is awarded to an English-speaking writer every second year (alternating with a French-speaking winner), and the novels submitted cover love in one of its myriad forms. The authors must do more than just impress the judges with the quality of their writing – they must also have the capacity to move them.

The longlist of nine books is as follows:

The Very Thought of You Rosie Alison Alma Books 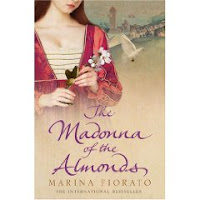 The President of the Prize, author and journalist Tim Lott, comments:
‘The longlist for the 2010 Prince Maurice Prize has produced a field of outsiders, with unknown quantities such as Marina Fiorato, Julia Gregson, Rosie Alison and Gaynor Arnold all gaining places. The most prominent names on the longlist are Sadie Jones (Small Wars), Kate Muir (West Coast) and William Sutcliffe (Whatever Makes You Happy). Le Prince Maurice’s most successful publishers, Canongate, who have had three of their books shortlisted in the past three prizes, two of which turned out to be eventual winners, have a single chance to claim a fourth Le Prince Maurice prize with Geoff Dyer’s novel Jeff in Venice, Death in Varanasi.’

Esther Freud, Esther trained as an actress before writing her first novel Hideous Kinky, published in 1991. She has since written six more novels, including The Sea House and Love Falls.

Mike Gayle, Mike is the author of eight bestselling works of fiction and one work of non-fiction entitled The To Do List. His latest novel, The Importance of Being a Bachelor is out May 2010.

Nigel Williams, Nigel has written twelve novels - the most well known of which is The Wimbledon Poisoner. He is also a playwright, and his stage play Class Enemy is still being performed all over the world.

Le Prince Maurice is one of the world’s most elegant five-star resorts. The prize honours the dual Franco-British cultural history of Mauritius.