The Future of the Book and The Millions Intervie 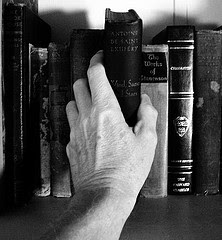 Confessions of a Book Pirate

For several years, it seemed as though the book industry was getting a reprieve. As the music industry was ravaged by file sharing, and the film and TV industry were increasingly targeted by downloaders, book piracy was but a quaint cul de sac in the vast file sharing ecology. The tide, however, may be changing. Ereaders have become mainstream, making reading ebooks palatable to many more readers. Meanwhile, technology for scanning physical books and breaking the DRM on ebooks has continued to advance.

A recent study by Attributor, a firm that specializes in monitoring content online, came to some spectacular conclusions, including the headline claim that book piracy costs the industry nearly $3 billion, or over 10% of total revenue. Of all the conclusions in the Attributor study, this one seemed the most outlandish, and the study itself might be met with some skepticism since Attributor is in the business of charging companies to protect their content from the threat of piracy.

Nonetheless, the study, which monitored 913 titles on several popular file hosting sites, did point to a level of activity that suggested illegal downloading of books was becoming more than just a niche pastime. Even if the various extrapolations that led to the $3-billion figure are easy to poke holes in, Attributor still directly counted 3.2 million downloaded books.

For some, however, the study may inspire more questions than answers. Who are the people downloading these books? How are they doing it and where is it happening? And, perhaps most critical for the publishing industry, why are people deciding to download books and why now? I decided to find out, and after a few hours of searching – stalled by a number dead links and password protected sites – I found, on an online forum focused on sharing books via BitTorrent, someone willing to talk.
The full piece at The Millions.
Posted by Beattie's Book Blog at 7:05 am

Yet another interesting article on "e-" and piracy. I find it interesting that the interviewee knows it is (probably) theft but can't quite get there apparently because there's no physical item. I wonder how he would feel if some stole some of his programming code and resold it and made money. Morals can be flexible for some people.

He did make a couple of important points. The availability and actual downloads of books doesn't necessarily equate to lost sales. Many are not read, and people wouldn't buy them anyway because they don't have the money, to buy so many or risk on unknowns.

What is interesting is that people will use "free" books as an introduction to authors and will go on to buy if they like what they read. I have borrowed Mary Doria Russell's books from the library and am now buying them as they are so good and I want to share them and turn others onto her writing.

Additionally those offering the first 3 chapters free and charging for the rest are really devoting resources to marketing. If you get hooked in the first 3 chapters, which any good fiction should do, then you'll want the rest. There are some useful ideas in this article.

I'm with Harlan Ellison when he says that authors should be paid for their work, including columns and interviews, that's how they make a living. And, like favourite musicians, I want to see (hear) more from my favourites. If an author, or publisher, chooses to do some of those things for free as part of their marketing, good for them, but it should be viewed as marketing and nothing else.

Aside from the moral issue I wouldn't download from BitTorrent or Limewire or the others simply because I don't know what nasties might be buried in there. This is something the music and book industries should be pushing.