The judges selected for the inaugural New Zealand Post Book Awards bring with them a wealth of literary expertise as they set about choosing the country’s best books published in 2009.
This year sees an increase from three to five judges as part of a new, streamlined structure of the country’s premier book awards. 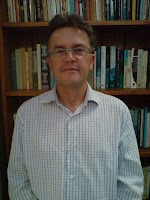 Judging panel convenor, Stephen Stratford, (pic left), author and editor, brings vast experience to the role. He was judge for the last Goodman Fielder Wattie Book Awards in 1993, convenor of the first Montana Book Awards in 1994, judge for the Montana New Zealand Book Awards in 1999 and the convenor in 2000.
He is joined by poet, short story writer and novelist, Elizabeth Smither; writer, educationalist and broadcaster, Charmaine Pountney; writer, historian and broadcaster, Paul Diamond; and nature writer, biographer and photographer, Neville Peat.

Booksellers NZ Chief Executive Officer, Lincoln Gould, is delighted with the calibre of judges appointed to mark this, a new chapter in the history of these Awards.
“Each judge was selected for the broad range of skills they bring to the judging process. Individually and collectively, the judging panel represents a wide range and depth of knowledge in different subject areas. They each have very diverse writing styles and reading preferences, which I am sure will result in very interesting discussions and critique of the books submitted.”

Stephen Stratford says the New Zealand Post Book Awards 2010 has a clear emphasis on excellence.
“Excellence in writing, of course, but also excellence in all the other areas that make a book. The judges are very conscious that a book is an object, not just a manuscript that has found its way between hard (or soft) covers. The text is the main element, in almost all cases, but when two books are neck-and-neck on literary grounds, it could well be the better-produced object that nudges ahead.
”The really difficult decision will be the overall Book of the Year Award, where a slim volume of poetry could be up against a heavyweight history, a challenging novel, or a beautiful illustrated book. I can’t think of another four judges I’d rather attempt it with.”

As part of the Awards restructure, there will be four judging categories this year, reduced from a previous list of eight. The four categories are; Poetry, Fiction, Illustrated Non-fiction and General Non-fiction. There will be 16 finalist books in total (three finalists in the Fiction and Poetry categories and five in the Illustrated Non-Fiction and General Non-Fiction categories).
With fewer categories, the prize pool has been substantially increased, with the overall New Zealand Post Book of the Year Award winner receiving $15,000.
Winners of the four Category Awards will each receive $10,000, the Māori Language Award $10,000, Readers’ Choice Award $5,000, and the winners of the three New Zealand Society of Authors (NZSA) Best First Book Awards $2,500 each.

“The judges agree that the move to four rather than eight categories was helpful – it brings greater clarity and focus,” says Stratford.
The judges will read more than 160 submitted books published in 2009 before selecting the finalists and, ultimately the winners.

The New Zealand Post Book Awards 2010 finalists will be announced on Tuesday 22 June 2010. On that day, winners of the Māori Language Award and of the three NZSA Best First Book Awards for Fiction, Poetry and Non-fiction will also be announced.

The New Zealand Post Book Awards 2010 are also sponsored by Creative New Zealand. The Awards are managed by Booksellers NZ and supported by the New Zealand Society of Authors and Book Tokens (NZ) Ltd.

I'm amazed that all the outcry about only having three fiction finalists didn't bring about any change. It seemed that some very important voices were unhappy with this but all to no avail. Some excellent books will miss out on places in such a tiny list.

I still can't understand the logic behind having no shortlist for best first books. It wouldn't cost NZ Post much, but would be massively helpful to new writers. No one expects to win, but to be shortlisted is a reasonable goal with tangible outcomes in terms of overseas publishing, sales and further funding. This is not supportive of the NZ book industry at all, (other than a very limited pool).

It would be nice if the 2010 winners point out the problems with the new format at the awards!

Absolutely agree about first novels, and also about the shortlist for fiction. As Anon put it, there are "tangible outcomes in terms of overseas publishing, sales and further funding" - a useful reminder of what's at stake here for the writers, without whom...

I'm also wondering about the rationale for discontinuing the awards for book-reviewing, especially given that the Qantas Media Awards also (concidentally?) seem to have eliminated their review category. Not just because I have a personal interest in the category, but also as a voracious and grateful consumer of other people's reviews. Whether reviews of books, music, theatre, it's work grounded in love, and all of it worthy of recognition.

As a colleague of mine said, it certainly puts us reviewers back in our place. But I suspect you'd miss us if we weren't there!

Something I just noticed: while the number of categories has shrunk, the number of judges has expanded. Although I'm not sure that having more cooks makes things ipso facto easier in the kitchen, it is a lovely line-up.