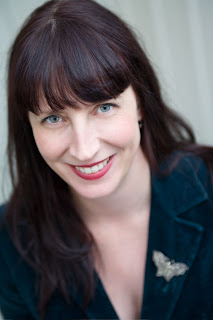 e straight into the computer and the first few chapters are always exploratory,' says Rachael King, whose Magpie Hall has just been published. Author photo by Sharon Blance.

Rachael King's novel The Sound of Butterflies was released in 2006 to widespread acclaim and has been translated into several languages. Magpie Hall has just been published.


Give us the story of Magpie Hall in a sentence or two.

It's probably best described as a contemporary and historical gothic love and ghost story, about Rosemary Summers – tattoo collector, amateur taxidermist and student of Victorian novels – who returns to her family's estate after the death of her grandfather to claim her inheritance: Grandpa's taxidermy collection, started over 100 years ago by their ancestor Henry Summers, who may or may not have murdered his wife. Meanwhile, Henry Summers arrives in New Zealand in 1888 intent on collecting as many treasures as he can, starting with a tattoo.

I take a lot of notes at all times of the day and night so, even when I'm not sitting at my desk, I consider myself to be writing (being a novelist can look a lot like laziness from the outside). When I have the time, I sit at my computer from 9 to 5, five days a week, otherwise whenever my son is at creche, but I'm not typing the whole time... sometimes I only get a few hundred words written, sometimes none. I type straight into the computer and the first few chapters are always exploratory, where I try and find out who my characters are and what their dilemmas might be. These chapters get worked over dozens of times until the voice is right, and then I continue with the rest of the book.

How similar or different is your new book, and in what ways?

Magpie Hall is set in New Zealand, and half of it is a contemporary story rather than historical. People will spot the main similarity immediately: one of the characters is a Victorian collector, although he collects everything, not just butterflies, an entirely different sort of man from the butterfly collector from my first novel. Another difference: The Sound of Butterflies was lush and descriptive, this one is more concise, the writing more taut.

How do you like dealing with publishers, media, festivals?

It adds variety. You spend so much time on your own and in your head as a writer that having a burst of dealing with people is a novelty. My publishers (Random House) are a joy to work with. I enjoy festivals as a chance to hang out with other writers. In 2008 I was invited to the Wordstock Festival in Portland, Oregon, and they treated me like royalty because I was from New Zealand. I had a ball.

What is your favourite aspect of writing? Least favourite?

I love being my own boss. I am ruined for life and will never be able to do a 9-5 office job again. I love making up lives that aren't my own and occupying them, that sense of immersion when things are going well. I once wished I could lead parallel lives so I could fit in all I wanted to do. My least favourite thing is my lack of discipline at times.

You are a graduate of Bill Manhire's course. What can creative writing courses teach?

I don't think creative writing courses can do anything for someone with no talent, but they can furnish you with the tools to further your talent. The Manhire class didn't teach me how to write – I had taught myself and wouldn't have made it in otherwise – but it gave me discipline, motivation and camaraderie. A few people have told me they want to write and should they do a course? My answer is always, if you want to write, write. Read everything. When you are the best you think you can be, maybe do a course. Or not. You might not need it by then. I needed it.

Ian McEwan, Peter Carey, Iain Banks and Audrey Niffenegger have written some of my favourite books, but some of theirs I haven't enjoyed. Emily Perkins (Novel About My Wife) and Mary McCallum (The Blue). Inspires – Ian McEwan (Atonement), Peter Carey (Oscar and Lucinda), Iain Banks (The Crow Road) and, most recently, Anne Enright (for her prose) and Sarah Waters (her storytelling and character development).

What's next?
I have several ideas, including a children's novel, which I will try and write next, and a film; also a couple of things to do with my father [historian Michael King]. And two ideas for my next big novel: one a New Zealand family story, another an idea from my Magpie Hall research. No more collectors, though.