From author,teacher,journalist,
traveller Jules Older
(who lives in San Francisco but is presently in Auckland) 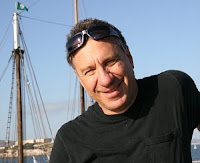 It’s roughly 25% bigger than Take I, with new emphasis on the area around the Moscone Center, where many San Francisco conventions are held... and where Steve Jobs birthed the iPad.