An international judging panel has awarded the 2009 Commonwealth Writers’ Prize Best Book Award, South East Asia and the Pacific region, to The Slap by Christos Tsiolkas (Australia). The Best First Book Award was awarded to The Year of the Shanghai Shark by Mo Zhi Hong (New Zealand). Each author wins £1,000 and goes into the next stage of the competition to choose the overall Commonwealth Best Book and Best First Book winner, who receive £10,000 and £5,000 respectively.

The judging panel for the South East Asia and the Pacific region was chaired by Dr Anne Brewster (Australia). She was joined by judges Dr Lydia Wevers (New Zealand) and Dr Boey Kim Cheng (Australia).

Dr Anne Brewster, Chair of the Judges, commented:
“The Slap uses the incident of a slap delivered to a child at a family barbecue to chart the tensions within the suburban network of an extended Greek family and their friends. It’s a big, ambitious book which explores the reverberations of this incident through the point of view of eight people, each of whom negotiates the conflicting loyalties and tensions that the slap engenders. It is provocative in its scrutiny of the politics of the family and its portrayal of the raw dynamics and precarious balance in relationships among grown-ups, and between grown-ups and children. Its critique of the family and consumerism unsettles the stereotypes and platitudes of Australian multiculturalism.”

“The Year of the Shanghai Shark is the story of young boy’s rite of passage as he enters into the bustling, cosmopolitan street life of the contemporary Chinese cities of Dalian and Shanghai, under the tutelage of his uncle, a professional pickpocket. This superbly realised world brings us a gallery of eccentric and unforgettable characters such as the elderly poet who writes poems in the town square with a brush dipped in a can of water, the local repair man who has ingenious ways of fixing broken things and the cousin who excels at school but discovers that he has to learn English if he is to pursue his dream of emigrating to America. The beguiling voice of the narrator draws us into the shifting world of petty crooks, first-world businessmen, tourists, the NBA and McDonald’s. In this limpid and elegant novel Mo offers the reader a China caught in the vortex of change.”

The announcement of the two winners took place at the Macquarie Group offices in Sydney, Australia. The Macquarie Group Foundation, Macquarie Group’s philanthropic arm, has supported the Commonwealth Writers’ Prize for four years and is the principal supporter in all four global regions.

“The real honour and pleasure came from being nominated with five other writers whose work has been an inspiration for me. In a perfect world we would all be receiving the prize together. I am humbled by this award and very grateful to the Commonwealth Writers’ Prize committee, but the real reward is being acknowledged in this company.” 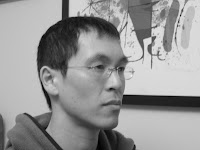 “The shortlisting of Shark for the Commonwealth Writers’ Prize for Best First Book was unexpected but welcome news. As a writer, having one's work considered alongside books of quality is both humbling and satisfying. To have now won is very pleasing, obviously. Many thanks go to Michael, Geoff, and Jane, for their belief and contributions, and to the people at Penguin New Zealand for their support throughout the entire process. Finally, I would like to pay tribute to the Commonwealth Foundation and the Macquarie Group Foundation and their generous encouragement of both regional and global literature, of cultural appreciation.”

In a unique aspect of the Prize, the regional winners will be invited to take part in a week-long programme of community events and public readings during the final pan-Commonwealth judging in New Zealand in May 2009.

They join other winners from Africa, Canada and the Caribbean, and Europe and South Asia. The week's programme will culminate in the announcement of the overall Best Book and Best First Book winners in a special ceremony as part of the 2009 Auckland Writers’ and Readers Festival in New Zealand on Saturday 16 May.

The winners were chosen from shortlists announced in February 2009.

For the full results from the Africa, Canada and the Caribbean and Europe and South Asia regions see www.commonwealthfoundation.com/culturediversity/cwp
Posted by Beattie's Book Blog at 6:35 am

Congratulations to Mo Zhi Hong! It looks like he saw off some stiff competition, including a Booker winner. I was puzzled by Jumpha Lahiri's win for the Europe region, when she is described as Bangladeshi-American.

I think that is because the book was published in the UK.