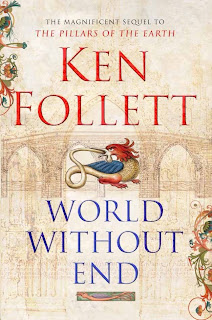 Authors fight free books site Scribd for ‘pirating’ their work
Bestselling novels are reproduced without publishers’ permission
Reporting by Dan Sabbagh, Media Editor, The Times
Publishers and agents representing the authors J. K. Rowling and Ken Follett were battling last night to get free copies of their novels removed from a Californian website that claims to be the most popular literary site in the world.
Scribd.com attracts 55 million visitors a month, many drawn by the chance to download versions of books by popular authors that have been uploaded on to the website without the consent of the writer or publisher.
A search of Scribd by The Times yesterday found copies of Harry Potter and the Half-Blood Prince and Ken Follett’s most recent novel World without End among many bestselling titles, raising fears that the piracy affecting the music industry may have spread to books.
When presented with a list of links to various Harry Potter books, Neil Blair, J. K. Rowling’s lawyer at the Christopher Little literary agency, said that Scribd did not have permission “and what you have identified are infringing listings which we were aware of and actioning”.
Ken Follett’s publisher, Macmillan, was unware that World without End had been uploaded on to the Scribd website for more than five months, and had been read more than 500 times there. Macmillan said it was “now looking into this”.
Also on the site were copies of titles by Nick Hornby and John Grisham, uploaded seemingly without permission. These books can be downloaded to a home computer or an electronic books reader, and then printed out.
Read the full report at The Times online.
Posted by Beattie's Book Blog at 5:25 am