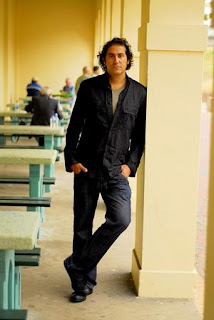 On the shortlist … Steve Toltz, the author of A Fraction Of The Whole .
FIRST-TIME author Steve Toltz has joined a host of renowned authors on the shortlist for the Christina Stead Prize for fiction in the NSW Premier's Literary Awards.
His novel A Fraction Of The Whole, a funny and philosophical story about an eccentric family, is up against Helen Garner's The Spare Room, Kate Grenville's The Lieutenant, Julia Leigh's Disquiet, Joan London's The Good Parents and Tim Winton's Breath.
Toltz's book was longlisted earlier this month for the national fiction prize, the Miles Franklin.
The Premier's nominees, announced in Sydney yesterday by Nathan Rees, include 62 authors and translators in categories such as fiction, nonfiction, poetry, young people and children's literature, play- and script-writing. 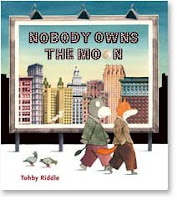 Several writers have been shortlisted in more than one category including Chloe Hooper, whose book The Tall Man, about the death of an indigenous man in police custody on Palm Island, was nominated for the nonfiction prize as well as the Gleebooks Prize. Tohby Riddle has been nominated twice in the children's literature category for The Word Spy and Nobody Owns The Moon.
To mark the 30th anniversary of the awards, Mr Rees announced a new prize, a People's Choice Award, in which the public can vote on the website www.pla.nsw.gov.au for one of the six books listed for the $40,000 fiction prize.
Total prizemoney is $320,000, making them the richest literary awards in Australia.
This year's awards attracted 642 entries and the winners will be announced on May 18 at the Art Gallery of NSW.
They were started in 1979 by the then premier Neville Wran. The first winner in the fiction category was David Malouf for his novel An Imaginary Life.
Malouf told the Herald yesterday it was a great honour to win. "But equally important was the recognition," he said. "There weren't many prizes for writing around then and my book wasn't going to win the Miles Franklin because it wasn't about Australia ostensibly."
Mr Rees said the awards honoured Australian writers, poets and social commentators and the People's Choice Award would give readers a say.
"I know only too well the unique pleasure that can be gained from a much-loved book and I hope this prize will encourage others to read the books on the shortlist and cast a vote. And I am very proud to say that here in Australia we have some of the finest writers in the world across all genres."
Mr Rees said he had read The Spare Room along with Garner's first novel Monkey Grip and her controversial nonfiction book The First Stone.
People's Choice voting is restricted to NSW residents and ends at midnight on May 11.
Posted by Beattie's Book Blog at 8:08 am