The BBC National Short Story Award today launches its fourth year. The award is the world’s largest for a single short story, with the winning author receiving £15,000. The runner up receives £3,000 and three further authors £500 each.

The shortlist will be announced on Friday 27 November with the five stories broadcast on BBC Radio 4 each weekday before the winner is announced. The five stories will also be published in a special collection. 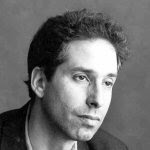 imed at highlighting the importance of the short, the award stands at the heart of a UK-wide campaign — story — that also launched alongside the award in 2005. The ambition of both award and campaign is to expand opportunities for British writers, readers and publishers of the short story. The award aims to honour the country’s finest authors in the form, with James Lasdun , (pic left), securing the inaugural year with “An Anxious Man,” Julian Gough in 2007 with “The Orphan and the Mob” and Clare Wigfall in 2008 with “The Numbers.” Other authors shortlisted in previous years have included Jackie Kay, Hanif Kureishi, Rose Tremain and William Trevor.
BBC Radio 4 is the world’s leading broadcaster of short stories and a staunch supporter of the form. Short stories are broadcast every week attracting more than a million listeners. The BBC hopes that the award can continue to serve as a reminder of the power of the short story in a literary environment dominated by the novel.
Posted by Beattie's Book Blog at 6:55 am