Nicholas Hughes, the son of the poet and novelist Sylvia Plath (pic left) and the British Poet Laureate Ted Hughes, killed himself at his home in Alaska, nearly a half-century after his mother and stepmother took their own lives, according to a statement from his sister.
Mr. Hughes, 47, was an evolutionary biologist who studied stream fish and spent much of his time trekking across Alaska on field studies. Shielded from stories about his mother’s suicide until he was a teenager, Mr. Hughes had lived an academic life largely outside the public eye. But friends and family said he had long struggled with depression.
Last Monday, he hanged himself at his home in Alaska, his sister, Frieda Hughes, said over the weekend.
“It is with profound sorrow that I must announce the death of my brother, Nicholas Hughes, who died by his own hand on Monday 16th March 2009 at his home in Alaska,” she said in a statement to the Times of London. “He had been battling depression for some time.” 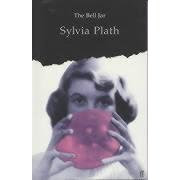 Mr. Hughes’s early life was darkened by shadows of depression and suicide. Ms. Plath explored the themes in her 1963 novel “The Bell Jar,” which follows an ambitious college student who tries to kill herself after suffering a nervous breakdown while interning at a New York City magazine. The novel reflected Ms. Plath’s own experiences, including her early struggles with depression and her attempt at suicide while working at Mademoiselle in New York as a college student.
The full story at NYT.
Posted by Beattie's Book Blog at 6:34 am