IN THE WORLD OF BOOKS ARE TIMES REALLY SO HARD?

From The Times
March 20, 2009
Erica Wagner on why we love what we value and value what we love

If you're in New York - as I happen to be as I type - and you take a walk over the Brooklyn Bridge, one of the first landmarks you'll come to in lower Manhattan is the Woolworth Building. No longer overshadowed by the World Trade Centre, this extraordinary 57-storey Gothic structure was dubbed “the cathedral of commerce” when it was opened in 1913. Carved, gilded, turreted, it's not hard to see why; and yet now it is hard not to think of all the high streets in Britain with their shuttered, vanished Woolworths stores. The building cost $13.5 million to build - F.W. Woolworth paid in cash. How are the mighty fallen. 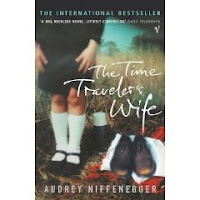 And yet, in the world of books, are times really so hard? Two big book deals have made the news recently; one is the nearly $5 million paid for Audrey Niffenegger's follow-up to her hugely successful first novel, The Time Traveller's Wife; Her Fearful Symmetry is due out later this year.

first, unsurprisingly, his account of his truly heroic saving of 155 lives when he landed US Airways flight 1549 in the Hudson River in January. I'll be one of the first to line up for a copy - but I have my doubts about his second effort, which, we're told, is to be a book of inspiration poetry.
Heaven forfend that one should cast doubts on the poetic ability of a pilot - consider Antoine de Saint Exupéry and Charles Lindbergh - but books of verse that earn million-buck advances are few and far between.
Read her full piece at The Times online.
Posted by Beattie's Book Blog at 7:12 am