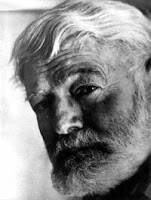 Anthony Hopkins to play Ernest Hemingway?
The bell tolls for Andy Garcia
By Steven Zeitchik writing in The Hollywood Reporter
Hannibal Lecter as Big Papa? Anthony Hopkins is loosely attached to "Hemingway & Fuentes," an indie project about the iconic writer that will be written and directed by Andy Garcia.Garcia, who also will produce via his CineSon Entertainment banner, is co-penning the script with Hilary Hemingway, a screenwriter and author and the niece of Ernest Hemingway.
The movie will revolve around the relationship between Hemingway and his longtime fishing-boat captain Gregorio Fuentes. Annette Bening also could come aboard the project, Garcia said, in the role of Hemingway's wife and widow Mary Welsh.
Instead of functioning as a biopic, "Hemingway & Fuentes" will take the form of a historical drama, centering on the final, troubled chapter in Hemingway's dramatic life. 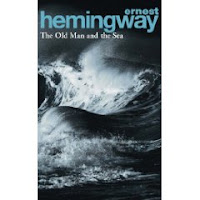 The writer spent roughly the last decade of his life in the fishing towns of Cojimar, Cuba, and Ketchum, Idaho, a period for which the author is artistically best known for penning "The Old Man and the Sea," the novella about a Cuban fisherman that won him a Pulitzer Prize in 1953.
Garcia said he hopes to explore the psyche of Hemingway, the dynamic with Fuentes and the relationship both had with fishing. "I'm a Hemingway nut and also an avid fisherman, and the reality of the relationship between Hemingway and his captain is compelling to me," he said. Garcia, who said the project is in its nascent stages, aims to star as Fuentes.
Read the full story at The Hollywood Reporter.
Posted by Beattie's Book Blog at 5:19 pm

Hmm..not entirely sold on the casting of Hopkins, but am prepared to be pleasantly surprised. I for one will be going along to watch this. Thanks for the info!