More Dexter for Orion
23.03.09 Katie Allen writing in The Bookseller

Orion has acquired two further novels in the Dexter series by Jeff Lindsay, about the serial killer who only kills "very bad people".
Kate Mills, deputy publishing director for Orion fiction, bought UK and Commonwealth rights from New York literary agent Nick Ellison. The new novel, as yet untitled, will be published in August 2010, and will follow Dexter’s struggles with the new emotions provoked by fatherhood.
Lindsay said: "I am delighted to place my future in the UK in the hands of the wonderful people at Orion, who have proved that they are absolutely tops in the game, and I look forward to a long and happy relationship." 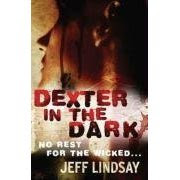 Orion published Dexter in the Dark, the first in the series, in 2004.
The novels have been translated into an Emmy and Golden Globe-nominated US television series.
The series is screen ed in New Zealand on TV3.
Posted by Beattie's Book Blog at 2:05 pm

I'm wondering if you could answer a question concerning publishing I've had since moving to New Zealand from America. I am wondering why New Zealand seems to be much heavier on publishing non-fiction over fiction than other countries. Also, does anyone in New Zealand publish Speculative Fiction? I have heard they do not, and have been given reasons varying from, "There is no market for it," to "The publishers are too small to handle the volume popular fiction requires." I'd very much appretiate your expert opinion on this.

Kiwis seem much more at home with fact than fantasy – and we consistently find that our non-fiction outsells fiction dramatically. Maybe it’s an outcome of our pioneering background and our DIY culture – that we’re more at home with our hands than our imaginations. As to speculative fiction – we’ve tried it in the past, and had one conspicuous international successes, with Alma Alexander (first published here as Alma Hromic) and a hand in the launching of local writer Russell Kirkpatrick, both of whom have gone on to international glory after only modest success when published here in New Zealand. There are certainly some devoted fans of speculative fiction in New Zealand, but they consistently buy international names on our list over local names – almost as if we Kiwi can’t collectively quite bring ourselves to accept local fantasy and sci fi writers once we’ve grown up. A pity really, given all the wonderful speculative writing that’s published been published here for children and YA over the years – we have Gee and Mahy and VM Jones and the great Philip Mann – yet we know from experience we will sell more Raymond Feist than a local author.

As a lover of good speculative fiction I think that’s a real shame but I don’t know how to change it – we tried very hard with a local Voyager list back in 2001 -2003 but it was an uphill battle that we eventually gave over to our wonderful Voyager team in Australia, and Russell Kirkpatrick has been published since by the outstanding speculative fiction publisher Stephanie Smith as part of her amazing list.
Lorain Day
Publisher, Harper Collins NZ

I have invited a number of NZ publishers to respond to your question rippatton and the above from Lorain Day is the first to come in. I will post others here when/if received.

NZ does publish speculative fiction. Here at Longacre, for example, we publish quite a bit – if you take the genre as a kind of sci-fi/fantasy genre cross. For young adults: Genesis by Bernard Beckett; Box by Penelope Todd; the Travellers’ quartet by Jack Lasenby; the Thieves trilogy by Ella West; The Sea-wreck Stranger, by Anna Mackenzie and for children, the forthcoming The Loblolly Boy by James Norcliffe. We have two other novels for adults in the pipeline which fit the speculative mode.

Also it strikes me that all but one of the YA finalists in this year’s NZ Post Book Awards could be called speculative fiction.
So too could work by Elizabeth Knox – for adults and young adults; fiction by Chris Else (Brainjoy) …and I’m sure the list could be expanded.

Thank you Emma, most helpful.

You might say that Harper Collins NZ had enough faith in me way back in the beginning to help launch me as a writer - and I'll always be grateful for them for that. Lorain is right in that in my own engagement with the NZ spec-fic scene (until I married, and moved to the States in 2000) there seems to be a conspicuous weight given to the "Big" names - but I don't know how much of that is NZ specific. Big names tend to sell more books because they are big names, and the browser in the bookstore recognises the name above the fold (as it were) and buys the book because it has a certain guarantee on it - it's a big name, after all. Starting out as an unknown - in NZ or elsewhere, in specfic or other genres - is always tough. This business is about word of mouth, in the end, and reputation - and both need time to build...