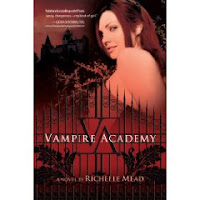 Following the phenomenal success of the Stephenie Myer titles, they have sold in the millions around the world, it would seem vampires are flavour of the month. I guess it was inevitable that other series would follow.
Fore those who have read all the Twilight books and crave more vampire action then thy can sink their teeth into the Vampire Academy series – the New York Times Bestseller series by Richelle Mead.
Vampire Academy books follow the war between two races of vampires, those living and the undead. Rose Hathaway, a 17-year old half-vampire, is training to be a bodyguard for the living vampires and finds her life complicated by the dangers that involves, as well as an illicit romance with one of her teachers.

About Richelle Mead
Richelle Mead is a New York Times and Today bestselling author of urban fantasy books. Originally from Michigan, Richelle now lives in Seattle, Washington where she works on her books full-time.
Before becoming a writer, she considered a few different career paths. She received a liberal arts degree from the University of Michigan, an MA in Comparative Religion from Western Michigan University, and a Master in Teaching (Middle & High School English) degree from the University of Washington. In the end, she decided writing was the way for her but believes all of her education prepared her for it.
A life-long reader, Richelle has always had a particular fascination with

mythology and folklore. When she can actually tear herself away from books (either reading or writing them), she enjoys bad reality TV, travelling, trying interesting cocktails, and shopping for dresses that she then hardly ever wears. She is a self-professed coffee addict, runs on a nocturnal schedule, and has a passion for all things wacky and humorous. 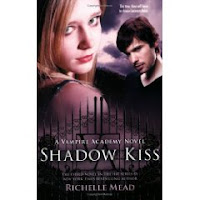 Vampire Academy, Frostbite and Shadow Kiss are published by Penguin Books,. they are available now and retail for NZ$16.95.
Posted by Beattie's Book Blog at 4:03 pm