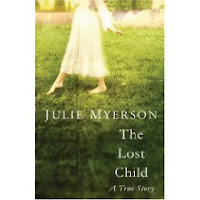 Flying start for Myerson
24.03.09 Benedicte Page and Philip Stone reporting in The Bookseller
Julie Myerson's The Lost Child has sold 1,236 copies in its first week, according to Nielsen BookScan. It is the highest weekly hardback sale for the author since BookScan records began.
Myerson's previous highest hardback sale was 736 copies, on the launch of Home: The Story of Everyone Who Ever Lived in Our House, in 2004.
Bloomsbury rushed out The Lost Child after a media furore surrounding its revelations about the writer's son and his drug use. Living with Teenagers, a collection of Myerson's Guardian columns, sold 205 copies last week. Myerson has now been revealed as the author of the columns, which were published anonymously.
In the week preceding Mother's Day, £29.9m was spent through Nielsen BookScan's Total Consumer Market, a drop of 4.7% by value, and by 8.6% by volume, in comparison to the same week last year. Compared with the same Mother's Day week in 2008, the market was down even further, by 9.2% in value terms, but by a slightly shallower 6.1% by volume.

Marian Keyes takes the top spot from Jamie Oliver, with This Charming Man, which was by far the biggest seller, with 47,845 copies sold, compar 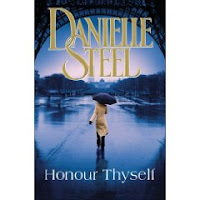 ed to second-placed Danielle Steel, whose Honour Thyself sold 29,302.
Posted by Beattie's Book Blog at 11:44 am