Ten rules for writing fiction
Get an accountant, abstain from sex and similes, cut, rewrite, then cut and rewrite again – if all else fails, pray. Inspired by Elmore Leonard's 10 Rules of Writing, we asked authors for their personal dos and don'ts 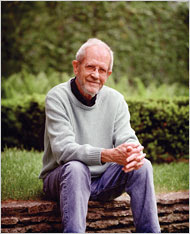 1. Never open a book with weather. If it's only to create atmosphere, and not a charac­ter's reaction to the weather, you don't want to go on too long. The reader is apt to leaf ahead look­ing for people. There are exceptions. If you happen to be Barry Lopez, who has more ways than an Eskimo to describe ice and snow in his book Arctic Dreams, you can do all the weather reporting you want.
2. Avoid prologues: they can be ­annoying, especially a prologue ­following an introduction that comes after a foreword. But these are ordinarily found in non-fiction. A prologue in a novel is backstory, and you can drop it in anywhere you want. There is a prologue in John Steinbeck's Sweet Thursday, but it's OK because a character in the book makes the point of what my rules are all about. He says: "I like a lot of talk in a book and I don't like to have nobody tell me what the guy that's talking looks like. I want to figure out what he looks like from the way he talks."
3. Never use a verb other than "said" to carry dialogue. The line of dialogue belongs to the character; the verb is the writer sticking his nose in. But "said" is far less intrusive than "grumbled", "gasped", "cautioned", "lied". I once noticed Mary McCarthy ending a line of dialogue with "she asseverated" and had to stop reading and go to the dictionary.
4. Never use an adverb to modify the verb "said" . . . he admonished gravely. To use an adverb this way (or almost any way) is a mortal sin. The writer is now exposing himself in earnest, using a word that distracts and can interrupt the rhythm of the exchange. I have a character in one of my books tell how she used to write historical romances "full of rape and adverbs".
5 Keep your exclamation points ­under control. You are allowed no more than two or three per 100,000 words of prose. If you have the knack of playing with exclaimers the way Tom Wolfe does, you can throw them in by the handful.
6 Never use the words "suddenly" or "all hell broke loose". This rule doesn't require an explanation. I have noticed that writers who use "suddenly" tend to exercise less control in the application of exclamation points.
7 Use regional dialect, patois, sparingly. Once you start spelling words in dialogue phonetically and loading the page with apos­trophes, you won't be able to stop. Notice the way Annie Proulx captures the flavour of Wyoming voices in her book of short stories Close Range.
8 Avoid detailed descriptions of characters, which Steinbeck covered. In Ernest Hemingway's "Hills Like White Elephants", what do the "Ameri­can and the girl with him" look like? "She had taken off her hat and put it on the table." That's the only reference to a physical description in the story.
9 Don't go into great detail describing places and things, unless you're ­Margaret Atwood and can paint scenes with language. You don't want descriptions that bring the action, the flow of the story, to a standstill.
10 Try to leave out the part that readers tend to skip. Think of what you skip reading a novel: thick paragraphs of prose you can see have too many words in them.
My most important rule is one that sums up the 10: if it sounds like writing, I rewrite it.

Elmore Leonard's 10 Rules of Writing is published next month by Weidenfeld & Nicolson.


Diana Athill
1 Read it aloud to yourself because that's the only way to be sure the rhythms of the sentences are OK (prose rhythms are too complex and subtle to be thought out – they can be got right only by ear).
2 Cut (perhaps that should be CUT): only by having no ­inessential words can every essential word be made to count.
3 You don't always have to go so far as to murder your darlings – those turns of phrase or images of which you felt extra proud when they appeared on the page – but go back and look at them with a very beady eye. Almost always it turns out that they'd be better dead. (Not every little twinge of satisfaction is suspect – it's the ones which amount to a sort of smug glee you must watch out for.)

Margaret Atwood
1 Take a pencil to write with on aeroplanes. Pens leak. But if the pencil breaks, you can't sharpen it on the plane, because you can't take knives with you. Therefore: take two pencils.
2 If both pencils break, you can do a rough sharpening job with a nail file of the metal or glass type.
3 Take something to write on. Paper is good. In a pinch, pieces of wood or your arm will do.
4 If you're using a computer, always safeguard new text with a ­memory stick.
5 Do back exercises. Pain is distracting.
6 Hold the reader's attention. (This is likely to work better if you can hold your own.) But you don't know who the reader is, so it's like shooting fish with a slingshot in the dark. What ­fascinates A will bore the pants off B.
7 You most likely need a thesaurus, a rudimentary grammar book, and a grip on reality. This latter means: there's no free lunch. Writing is work. It's also gambling. You don't get a pension plan. Other people can help you a bit, but ­essentially you're on your own. ­Nobody is making you do this: you chose it, so don't whine.
8 You can never read your own book with the innocent anticipation that comes with that first delicious page of a new book, because you wrote the thing. You've been backstage. You've seen how the rabbits were smuggled into the hat. Therefore ask a reading friend or two to look at it before you give it to anyone in the publishing business. This friend should not be someone with whom you have a ­romantic relationship, unless you want to break up.
9 Don't sit down in the middle of the woods. If you're lost in the plot or blocked, retrace your steps to where you went wrong. Then take the other road. And/or change the person. Change the tense. Change the opening page.
10 Prayer might work. Or reading ­something else. Or a constant visual­isation of the holy grail that is the finished, published version of your resplendent book.

To read the aother authors' "rules" link to The Guardian here.

Somehow I missed this when it first appeared in The Guardian in February. Thanks to publisher David Ling for now bringing it to my attention.
Posted by Beattie's Book Blog at 2:21 pm