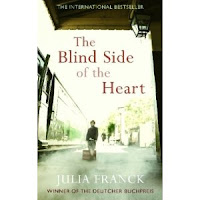 
The shortlist for this years JQ-Wingate Literary Prize has been revealed. The winner will be announced at a ceremony in June.


The shortlist is as follows:

The Blind Side of the Heart by Julia Franck (Harvill Secker)
The Glass Room by Simon Mawer (Little, Brown)
The Invention of the Jewish People by Shlomo Sand (Verso)
My Happiness Bears No Relation to Happiness by Adina  Hoffman (Yale UP)

Commenting on the shortlist, Chairman of the Judging panel Anne Karpf said: We had  as book prize juries famously do  a full and frank discussion. To get onto the shortlist a book needed at least two passionate advocates. The four that emerged are all powerful works that leave you with a different view of the world. Of the two novels, both of them set in pre- and post-war Europe, one is the baroque, unflinching story of a woman's survival (of sorts) despite the depredations of a damaged family and damaging culture; the other, the moving tale of a modernist house whose inhabitants hopes for a better future are challenged by the tragic times in which they live.
Our two non-fiction choices both ask searching questions about the Middle East: one, controversially, about Israel's founding national story and its Biblical origins; the other, the first ever biography of a Palestinian writer of any kind, beautifully illuminating the Palestinian experience. Together these four books make up a literary feast.
This is the only UK prize to recognise writing by Jewish and non-Jewish authors, which stimulates an interest in themes of Jewish concern while appealing to the general reader.