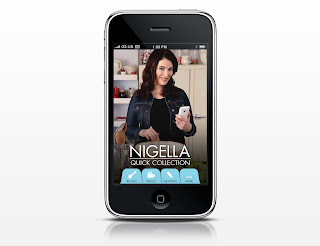 Nigella app makes it to number one

Nigella Lawson's new cookery app has gone to number one across the globe, according to publisher Random House. Nigella’s Quick Collection launched on Saturday 17th April and went straight to the top spot in the paid-for Lifestyle Apps chart in the UK, Australia and New Zealand.

Gail Rebuck, chairman and chief executive of Random House, said: "This is a terrific result for what is a landmark app launch for Random House. Our talented publishing and digital teams have worked together to combine the editorial flair which has made Nigella’s books bestsellers, with the new thinking and skills needed for the emerging digital age." Lawson added: "I have been thrilled at the warm response."


Quick Collection was produced by Random House Digital, developed by independent agency AKQA and launched with a simultaneous global release. Audio visual content for the app was in part produced exclusively and in part licensed from Pacific Productions who produce Nigella’s TV shows.

It features more than 40 minutes of audio and video content, 70 recipes selected by Lawson, 10 of which new and exclusive, and offers the ability to search and browse the recipes by chapter, book, mood and what’s in your fridge.
Posted by Beattie's Book Blog at 6:02 am