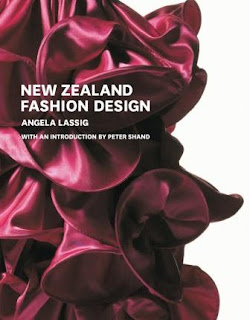 Publication of books of this scale and sumptuousness are rare in New Zealand. This absolute stunner is published by Te Papa Press and has a price tag of $120.

The interviews were undertaken by Angela Lassig, senior fashion curator at the Museum of New Zealand, Te Papa Tongarewa.

The publishers have kindly given me permission to reprouce the Foreword by Hilary Alexander, Fashion director of the Daily Telegraph as well as a selection of photographs. Note that these are low resolution photos and do not do justice to the gorgeous high quaility pics in the book. 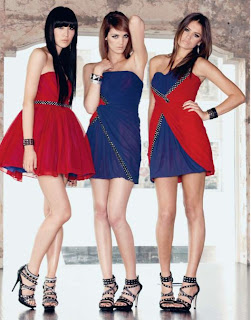 Foreword - Hilary Alexander - Fashion director of The Daily Telegraph
I may be a New Zealand ‘export’, as London has been my home for nearly thirty years, but I still travel on a New Zealand passport, try and get back every two years to see my family, and experience a thrill when ‘Kiwi chic’ makes its mark on international fashion.
Karen Walker, with her slick, streetwise signature, is clearly one of the most global of fashion brands, with her own stores, an international stockist line-up and an impressive roster of young socialites, such as Kelly Osbourne, Theodora Richards and Liv Tyler, wearing her clothes. It was, of course, Madonna who catapulted into the international spotlight by wearing her black wool trousers to perform at the MTV Awards in 1998.
The following year was something of a breakthrough for fashion. Karen Walker joined forces with WORLD, Zambesi and NOM*d at London Fashion Week as the New Zealand Four – a move that swept away, forever, New Zealand’s image as a polyester paradise in fashion terms.
I loved the dark, moody, textural layers of Elisabeth Findlay’s Zambesi; Francis Hooper and Denise L’Estrange-Corbet’s politically-motivated WORLD collection (how clever to have appropriated that name); and the slightly raw, underground nature of Margarita Robertson’s NOM*d. All four collections underscored ’s emerging fashion reputation as being a little more edgy and intellectually driven than its Australian counterpart (which explains why it can slot so easily into the experimental and directional side of London Fashion Week).
A decade has since passed and, in that time, hundreds of thousands of fashion dreams, schemes and sketches; of ideas and designs and runway shows; of dresses, coats, suits, shoes, hats, gowns, embroidery and beadwork, patchwork and appliqués – and all of it a vital part of the industry that is now New Zealand fashion. 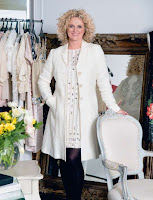 But all the growth and evolution that has taken place may have been overlooked or forgotten were it not for this significant book. It profiles twenty-five contemporary fashion designers and their careers: the pioneering New Zealand Four; together with Trelise Cooper, (pic right), renowned for her dressing-up box approach; Liz Mitchell, (pic left), who has a refined quirkiness; and 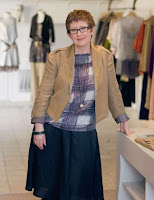 Marilyn Sainty,
(below left), whose experimental elegance and retro bohemian approach touched an immediate chord with me years ago – I still have one of her impossibly romantic, pink tulle, ‘petal’ ball-skirts, which I bought during a visit for the inaugural New Zealand Fashion Week in 2001. 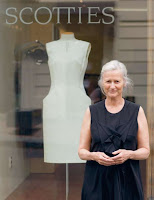 I am also pleased to see newer and less familiar (to me, at least) names such as Beth Ellery, Cybèle Wiren and Alexandra Owen, who all show varying degrees of edgy femininity and difference that make their designs stand out from the crowd.
New Zealand remains, geographically, at least, a world apart from the main fashion centres of London, Paris, Milan and New York. And it is that distance which I firmly believe makes it easier for a designer to develop a unique signature – perfect and essential in a climate and in an industry where individuality is prized.
Footnote:
The Bookman says if you are interested in fashion, or just want a glorious coffee table book, then don't miss this one. It is a knockout!
Posted by Beattie's Book Blog at 9:50 am