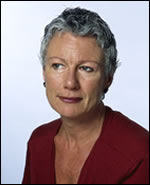 8:15 Antony Loewenstein
Journalist and author Antony Loewenstein is the co-founder of Independent Australian Jewish Voices and has written for many Australian and international publications. His book, The Blogging Revolution (Melbourne University Press, 2008, ISBN: 978-0-522-85490-9), examined the work of bloggers working under repressive regimes around the globe, and his 2006 bestseller, My Israel Question (Melbourne University Press, ISBN: 978-0-522-85706-1) was republished last year in an updated and expanded new edition. Antony is a guest at the 2010 Auckland Writers and Readers Festival (12-16 May).
www.antonyloewenstein.com
www.bloggingrevolution.com http://iajv.squarespace.com/
http://writersfestival.co.nz

9:45 Wil Anderson
Comedian, author and columnist Wil Anderson hosts the ABC TV series about advertising, The Gruen Transfer, which screens in New Zealand on Comedy Central from 4 May. He has been appearing at the NZ International Comedy Festival with his new show, Wilful Misconduct (to 1 May).
www.abc.net.au/tv/gruentransfer/home.htm
www.comedyfestival.co.nz/auckland/show/wil-anderson

10:05 Playing Favourites with Helen Medlyn
After a career in advertising, Helen Medlyn became a full-time professional performer in 1989, working as a jazz chanteuse, dancer, actress, musical theatre performer, cabaret entertainer and more. Her latest role is Marcellina in the NZ Opera production of Mozart's The Marriage of Figaro, playing in Wellington (15-22 May), and Auckland (3-13 June).
www.hellhq.co.nz/helen.htm
www.nzopera.com/operas/figaro

11:05 Robert Oliver
Chef Robert Oliver was born in New Zealand, grew up in Fiji, and for more than 25 years, has run restaurants in Miami, New York, Las Vegas and the Caribbean. Two years ago he returned to Fiji, and traveled to Tonga, Tahiti, Samoa, Vanuatau and the Cook Islands to rediscover the art of Pacific cooking. He tells that story, with Dr Tracy Berno and Shiri Ram, in Me'a Kai: the Food and Flavours of the South Pacific, (Godwit, ISBN: 978-1-86962-175-9).

11:40 Jeffrey Mogil
Jeffrey S. Mogil is the E.P. Taylor Professor of Pain Studies at McGill University, Canada and Canada Research Chair in the Genetics of Pain. He is a keynote speaker at the Annual Scientific Meeting of the Australian and New Zealand College of Anaesthetists and its Faculty of Pain Medicine in Christchurch (1-5 May).
http://paingeneticslab.ca
www.anzca.edu.au
Posted by Beattie's Book Blog at 2:57 pm