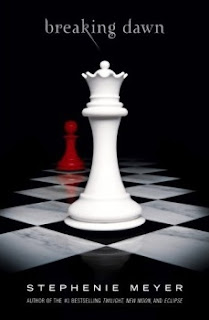 April 30, 2010 – Summit Entertainment has confirmed that Academy Award® winner Bill Condon will direct THE TWILIGHT SAGA: BREAKING DAWN, based on the fourth novel in author Stephenie Meyer’s Twilight series.  THE TWILIGHT SAGA: BREAKING DAWN, is currently being written by Melissa Rosenberg, and will star Kristen Stewart, Robert Pattinson and Taylor Lautner.   Wyck Godfrey, Karen Rosenfelt, and Stephenie Meyer will produce the project.
"Bringing Stephenie Meyer's BREAKING DAWN to the screen requires a graceful and intelligent hand and we believe Bill Condon is exactly the right steward, having shown equal and abundant talents of immense creativity and subtle sensitivity,” said Erik Feig, President of Production and Acquisitions, for Summit Entertainment.
Added author Stephenie Meyer, "I'm so thrilled that Bill wants to work with us. I think he's going to be a great fit, and I'm excited to see what he does with the material."
“I'm very excited to get the chance to bring the climax of this saga to life on-screen. As fans of the series know, this is a one-of-a-kind book - and we're hoping to create an equally unique experience," said Bill Condon.
THE TWILIGHT SAGA: BREAKING DAWN illuminates the secrets and mysteries of this spellbinding romantic epic that has entranced millions.
The third film in the franchise, THE TWILIGHT SAGA: ECLIPSE is due in theatres on July 1, 2010.
About the TWILIGHT film series
The TWILIGHT film series stars Kristen Stewart and Robert Pattinson and tells the story of 17-year-old Bella Swan who moves to the small town of , Washington to live with her father, and becomes drawn to Edward Cullen, a pale, mysterious classmate who seems determined to push her away. But neither can deny the attraction that pulls them together...even when Edward confides that he and his family are vampires.  The action-packed, modern day vampire love story TWILIGHT, the first film in the series, was released in theatres on November 21, 2008 to a blockbuster reception. The second installment of the film franchise, THE TWILIGHT SAGA: NEW MOON was released November 20, 2009.  The franchise has grossed over $1.1 billion in worldwide box office ticket sales to date.
Posted by Beattie's Book Blog at 12:18 pm